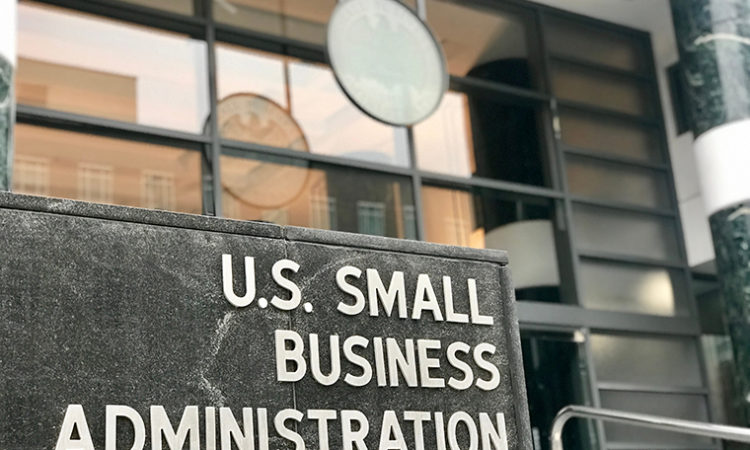 Need to Know on Round Two of PPP

Community banks advise on best approaches to the application process, and how to get in the queue for the next bout of federal funding.
By Kait Ecker
April 24, 2020

The first round of loans from the Small Business Association’s Paycheck Protection Program were depleted in approximately two weeks, and this next round of $320 billion just signed Friday by President Trump is sure to run out even more quickly.

Completed applications are in the queue, ready to be submitted to the SBA for approval. Meaning even if you’re not sure about the program, you might as well get in line, said Aleesha Webb, president of Village Bank.

“If you’re even thinking about it, I would work with your community bank to get the loan application, and to start to look it over and fill it out,” Webb said. “You can always decide to not take the money if that’s what you choose to do. But I really don’t know of a bank that doesn’t have a waitlist today.”

And applications will begin being accepted on Monday, according to a statement from the SBA.

But if you’re not already in the system with a complete application, community banks have advice on how to navigate the system, and some lessons learned from the first round.

“I liken it to maybe economic first responders, where you just step in, and you have to take a leap of faith with those borrowers and do whatever you can to help them,” said Katie Wahlquist, senior vice president and chief administrative officer of Star Bank. “I think we are so much more prepared now for this second round … we’ve developed a queue of folks that we will be starting out with and we will just go, go, go, go, go until those funds are gone again.”

“What that tells us is that it benefited a lot of small businesses in our local neighborhoods and communities,” he said.

Minnesota issued 46,383 PPP loans totalling a value of over $9 billion in the first round, but even with additional funds on the way, bankers said that this is a short-term solution.

And unfortunately, even with the large amount of banks and dollars in Minnesota, not everyone’s applications will be approved once they do go through, noted David Reiling, CEO of Sunrise Banks.

“Not everyone who applies will get the funds. At the dollar amounts Congress is funding, it will take several more rounds of funding to get to most of America’s small businesses. I think it’s important to reiterate how novel this stimulus program is in terms of its size and loan forgiveness,” he said via email.

This next round is more inclusive of sole proprietors, Scott said, which may be good news for farmers. And he added the SBA has also worked to address the problems with having larger, publicly traded companies receiving the funds as well.

Communicate with Your Banker

The first step is to reach out to the lender you typically work with, said Andy Guse, Star Bank’s chief credit officer.

“Reach out to them and be persistent to get a response from them. Know that they do care, [but] there’s just a lot of people that want money,” he said.

If you already have an application submitted, be sure you’re following up with your banker with questions.

“Whoever they submitted the application with, they should be in contact with that financial institution to see what additional items are needed,” Guse said.

And community banks can be especially responsive to providing individualized help, Star Bank’s Wahlquist said. She recommends that local businesses research and see what bank will work for them.

The SBA on Thursday released the list of participating lenders in the PPP by state, if you’re still searching for a bank to apply with.

“You can’t understate the value of knowing your banker. I am partial to community banking … just for the simple reason that if you call your local lender and you know who they are, and they know who you are, there’s a lot of value in that,” she said.

Be sure you know what information you need to provide for the application.

“Once you’re told which documents you need to have, make sure you have all of them before you submit them into the bank, to your lender to get that application all the way through the process, so that it doesn’t get hung up halfway through,” Guse said.

That’s why it can be helpful and quicker to work with the bank you’re already with, because they often already have much of the information needed to apply. But with so many people scrambling for funding, efficient organization is key to getting your application through, said Nick Place, chief lending officer at Bridgewater Bank.

“What we’ve noticed in the first round of funding was that those that were organized with their information, those applications actually were pretty simple to work through and actually work through very quickly,” Place said. “It allows us to quickly work through the information and process it as quickly as possible.”

On the other hand, if your application isn’t submitted properly, that delays the process not only for you, but also for other applicants behind you.

“Every bank has their own internal processes of how they’re working through these requests,” Place said. “We can’t have thousands of people all sending us information 1,000 different ways and still be able to handle any sort of volume.”

So, be sure you’re following the process correctly, and be sure you’ve read the fine print.

“I empathize with everyone. It’s just thousands and thousands of inquiries, and I only have a finite amount of human beings that can work through those inquiries,” he added. “We have to focus on the people that are following the process correctly that are getting us all of the information in a timely fashion.”

Another tip: Be sure everyone with at least 20 percent ownership signs and initials everything, even if they’re not involved with the business, said Webb with Village Bank.

“It’s important that small businesses are looking ahead and turning in the most complete application possible,” she said.

Work with a Pro

Bankers also recommend consulting a financial professional like your accountant to get your application together.

“It’s helpful to be working with your CPA or your accountant to calculate what those payroll numbers are so you know that you have the correct number going in,” Webb said.

That will ensure you’re spending the money properly and tracking the cash flow.

“Guidance isn’t clear on the forgiveness piece and the tracking piece yet, so these are really important for business owners to understand and track so they can make good decisions for their business,” Webb said.

Part of the PPP requirements is that 75 percent of the money goes towards payroll, and professional advice can help ensure sure you’ll be able to actually do that. This is especially crucial for businesses like restaurants where servers might be reluctant to come back for a paycheck that doesn’t include tips, said Place with Bridgewater.

“If you are a salon or restaurant that laid off all of its workers and then you’re applying for a PPP loan, the only way to spend 75 percent of your PPP loan on payroll is to hire everyone back. So, there are some risks for that business owner that they are unable to hire everyone back,” he said.

Information is still pending on the specific requirements of the forgiveness aspect of the loan program, and in the meantime bankers are advising applicants and loan recipients to meticulously document the use of the money.

“It’s very important that businesses and individuals know that this is a funding program, but it’s not guaranteed that it’s going to be forgiven. So people need to have their documents properly done and they need to be able to show cause to get the forgiveness once this becomes available,” Guse said.

David Saber, CEO of Park Financial Group and president of Park State Bank, recommends that companies keep track of everything from utility bills to payroll reports since it isn’t clear what types of things business owners are going to need to submit for forgiveness.

“Tracking it is going to be paramount to the small businesses,” he said. “We’re just simply telling customers, be as thorough and documented as you can.”

There will be guidance on the PPP loan forgiveness coming soon, according to the regional SBA.

To be patient may be the last thing you want to hear, but bankers are working nonstop to get money into the hands of local businesses, said Webb with Village Bank.

“No one stopped for a couple weeks,” she said of the first round. “We’re still working around the clock to take care of as many businesses as possible.”

A lot of the issues in the first round were due to developing the program and systems while launching it, bankers said. There were a lot of unknowns.

“Right before the program opened, the application changed,” Webb said. “We didn’t have clear guidance on documentation.”

And it was unclear as to what the banks themselves were going to do for liquidity until the Federal Reserve came out with a PPP loan program for banks.

“Please be patient with your bank and with banks in general, because I can tell you all bankers are moving as fast as they can right now,” she said.

Phones of course have been ringing off the hook and email inboxes are flooded with questions, Reiling with Sunrise said.

“It’s understandable if people are frustrated. We know how much this money means to their small business and how difficult the past month has been,” he said via email.

If you’re not able to get one of the PPP loans, know that there are some other options available for bridge loans.

“Obviously everybody’s focused on the PPP loans at this point. But we have set aside a fairly sizable chunk of capital to help solvent businesses that are in need of temporary liquidity or cash flow needs,” said Saber.

Park State has dedicated about $30 million for emergency loans to local businesses, which so far has gone to industries directly affected by the pandemic, he said.

Saber also said that there’s nothing stopping a business from trying to get an application in at another bank if it’s not hearing back from the current financial institution it’s working with. The SBA will only approve one PPP loan per business, so it will show up if something has already been processed.

“If they’re stuck somewhere, they can also get in another one somewhere else through connections they know at various banks,” he said.