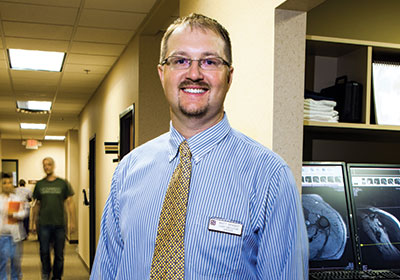 No health insurance? No problem.

Fridley-based Multicare Associates has created a new plan called Multicare Direct that allows patients to pay $118 per month for unlimited access to the clinic group’s primary care doctors. Additional members can be added to the plan for $68 per month. The subscription-based model has no co-pays or deductibles.

Multicare Associates is an independent, physician-owned group that operates clinics in Fridley, Roseville, and Blaine. The group includes 27 physicians.

“We’re not affiliated with a hospital or any health insurance plan. … That allows us to just really [be] good at primary care,” says Matt Brandt, CEO of both Multicare Associates and Multicare Direct. “The feedback from the patients has been pretty solid.”

Multicare Direct was launched in October 2012. So far, about 340 patients have enrolled in the program. Multicare Associates also continues to see patients who have traditional insurance.

Brandt says that the program is not “concierge care,” where doctors charge a steep price to a small group of patients, but is meant to be accessible. He notes that patients who enroll in the Multicare Direct program are still likely to carry a low-deductible catastrophic health care plan to cover serious injury, disease, or other major health problems.

While Multicare Associates is starting small, they have big plans. Brandt says that they are hoping to build a network of local, independent metro clinics, called Primacare Direct, that would offer the plan. He says the company hopes to offer enrollment in the larger network in fall 2014.

Subscription models are growing in popularity in the United States, particularly in Seattle, Brandt notes. He says that the Minnesota health care market is more dominated by large health care systems.

“It’s a concept that’s going to come to Minnesota; the question is how fast. I do feel like it’s going to be the future of health care. It makes sense. It does work,” Brandt says. “We’re much more of a consolidated market. In other parts of the country, there are a lot more smaller groups.”

Breaking away from traditional health insurance has become a hot topic among independent doctors.

“This is a big national movement. I think it’s a thing that you’ll see a lot more of in the future,” says Victoria Champeau, CEO of the Bloomington-based Midwest Independent Practice Association.

The Edina-based Southdale Internal Medicine group terminated its insurance contracts in April and hasn’t looked back. The clinic, which has five doctors, was founded in 1982. The move has lowered prices for patients because it has cut administrative costs.

“We were able to lower our prices by about 50 percent. Really, we’re positioned for people without insurance. … It’s much more affordable to come in here,” says Cami Swanson, administrator for Southdale Internal Medicine. “Our prices are on our website. We’re transparent.”

Swanson acknowledges that the clinic did lose some patients, but is gaining new ones as word about the direct-pay model gets out.

“We’re more of an old-fashioned clinic. We’re not a big-box clinic. People really like that,” Swanson says. “As an independent group … the only way to stay viable and in business was to cut insurance.”