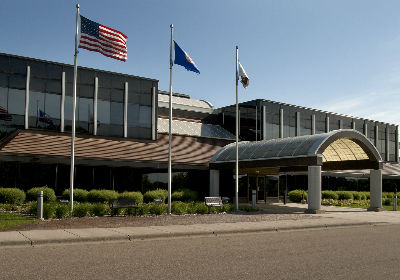 The Eden Prairie-based test system maker, which has been under investigation for more than a year, said that the deal must still be approved by the U.S. Department of Justice.
August 11, 2012

MTS Systems Corporation said Tuesday that it has agreed to pay a $7.75 million settlement to end a federal investigation into the company’s government contracting and exporting practices.

MTS, an Eden Prairie-based test system maker, has been under investigation by the U.S. Department of Commerce and the U.S. Attorney’s office in Minnesota for more than a year.

In March 2011, the company was temporarily barred from federal government contracting. MTS was suspended for not properly disclosing in regulatory documents that it had pleaded guilty to two misdemeanors for making false statements related to the planned sale of equipment, which could have been used to test nuclear weapons in India. The equipment was never shipped, but MTS employees creating export applications allegedly failed to disclose their knowledge about how it might be used, and the company was fined $836,000.

The company’s CEO, Laura Hamilton, in August resigned amid the ongoing investigation. Jeffrey Graves took the reigns as chief executive in May.

“The resolution of this matter has been a top priority for the company,” Graves said in a statement. “We have invested significant resources to improve our government contracting and general compliance infrastructure during the last 18 months. As a result, we are a stronger company today and remain committed to meeting the government’s fully responsible contractor status.”

MTS, which was suspended from contracting between March and September of 2011, has said that it lost an estimated $15 million related to the investigation and lost market opportunities. The Air Force lifted the ban after MTS agreed to enhance its business ethics and compliance policies and procedures, expand employee training in those areas, heighten reporting obligations, and hire a compliance monitor. In October, MTS appointed Steven Mahon chief compliance officer.

As of October 1, the end of MTS’s most recent fiscal year, the company employed roughly 2,000 workers and reported revenue of $467 million. Shares of the company’s stock were trading down about 1 percent at $43.02 during Wednesday morning trading.