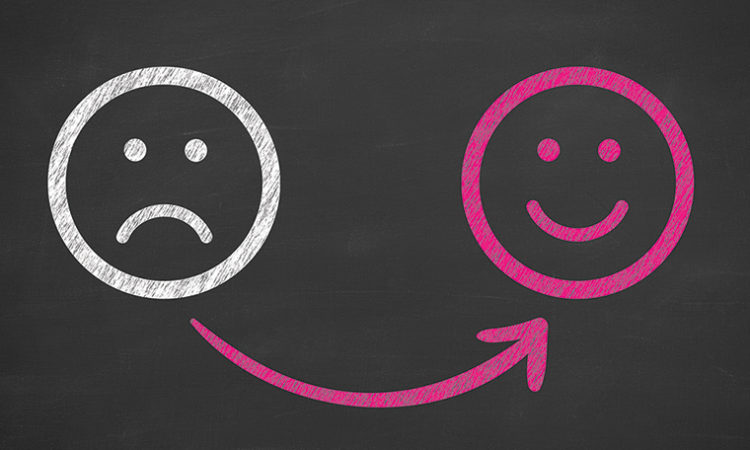 How some employers are trying to create a happy workplace.
March 28, 2019

How would you describe your workplace culture? As a CEO, you might favor the terms “entrepreneurial,” “team-driven,” or “inclusive.” If you’re a mid-level employee, and, assuming you like your job, you’d be more inclined toward phrases such as “fair-minded management,” “good opportunity for advancement,” or “excellent benefits.”

If you don’t like your mid-level job, however, whether because of low pay, a bad boss, an inept CEO, or even a rotten commute, your description of “workplace culture” may be more colorful. And you can let a lot of people know about it, thanks to Glassdoor.

Glassdoor was launched in 2006 as an internet site where companies could share job postings and salaries, and workers could post anonymous reviews of their work environment. Today, the site has over 30 million reviews of more than 800,000 companies, making it the go-to resource for 50 percent of job seekers in the U.S.

According to a recent exposÃ© of the Glassdoor phenomenon by The New Yorker magazine, the biggest readers of the site (as opposed to those who post) are actually employers, who are not always thrilled with the transparency afforded by Glassdoor. Many executives insist they can pinpoint the identity of an anonymous negative reviewer (who must list a general job level and city), but the offended sleuths, according to Glassdoor, are often wrong. The sting of a negative review, even with Glassdoor’s “Community Guideline” rules prohibiting profanity, discriminatory or personal attacks, or naming of any individuals below the level of C-suite executives, tends to severely bruise the egos of those trying hard to manage and lead.

The tendency to consider a negative review as just a disloyal rant from an “employee with a grudge” does nothing to advance the conversation. Particularly for companies without mandatory performance review policies, the opportunity for managers to actually seek out employee input, including negative input, is missing, and, in fact, discouraged. Rather, the model remains to be “We at the top will warn you when you’re not doing things right” versus “We at the bottom will alert you that things are very wrong here at our level.”

Simplistic though this may seem, the importance of workplace culture as part of a company’s brand to attract talent is no longer questioned. According to the global accounting firm KPMG’s 2019 survey on the future of HR, “catering to the changing expectations and demands of today’s [young] skilled employees is not dramatically different from meeting the demand of [any company’s] customers.” That includes, according to KPMG’s research, an “ongoing desire to give more responsibility and accountability to younger employees using a modern ‘bottom-up’ approach and ‘reverse mentoring.’ ”

Assuming there’s an honest desire for positive change, how can a company improve its day-to-day environment so that good work is done by workers who feel good about it? Enter artificial intelligence (AI). That’s right—machine-driven learning and data analytics, not just job satisfaction surveys (or anonymous internet posts). One of the more thoughtful solutions in the workplace culture space is being touted by the startup Humu, founded in 2018 by three former Google employees, including Google’s former director of engineering. Based on the University of Chicago economist Richard Thaler’s notion of a “nudge,” (he co-authored a best-selling book by that title; he won the Nobel Prize for Economics in 2017; he had a cameo in the movie The Big Short), Humu claims to have invented a way to use “micro-interventions” (short texts or emails) sent to employees to remind and inspire them to change their behavior based on extensive data they’ve previously provided about what would make them happier.

Thaler’s pioneering theories center on the irrationality of human behavior and how people have to be “nudged” into making a better choice. He is often credited with, for example, the now widely accepted practice of automatic enrollment of employees in retirement savings plans.

One of Thaler’s more enlightening examples of the nudge in action is on the University of Chicago Booth School of Business website; it’s his tour of the school’s cafeteria. As he patiently plods through the food choices, he points out the cleverness (and correctness) of placing the salad/vegetable bar smack in the middle of the room, so that you can’t get to the pasta or the pie without confronting the salad first. The “choice architect” (one who, in Thaler’s words, “organizes the context in which people make decisions”) who laid out the floor plan for the cafeteria knew what she was doing.

Humu uses this concept of behavioral decision-making, claiming “our algorithm runs thousands of iterations of proprietary statistical models to determine the top drivers of happiness, productivity, and retention for every team” in a client’s company. Then the nudges begin. The Humu website offers by example, “Invite your team to a no-holds-barred Q&A, and ask them to come with questions.” Will the nudge make the manager enter that shark-infested water? Better there, Humu would say, than on Glassdoor.