North Minneapolis, Marshall, White Bear Lake, and Stillwater are among the places where new “taprooms” are either on the horizon or have recently opened.
October 27, 2013 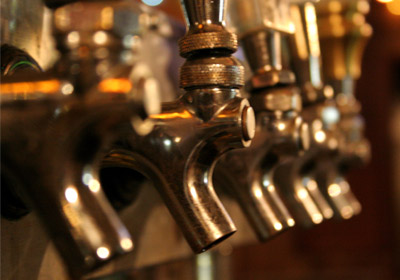 Several more local breweries are tapping into the “taproom” craze.

Taprooms were made possible by the 2011 passage of the so-called “Surly Bill,” which introduced a new type of license that allows commercial brewers that produce fewer than 250,000 barrels annually to sell pints of their beer on-site.

Minneapolis-based Boom Island Brewing Company recently announced in an e-newsletter that its “long overdue expansion will be a reality in just a few short weeks.” Its new Minneapolis facility will be located at 2014 Washington Avenue North and will feature what Boom Island is billing as North Minneapolis’ first taproom.

Qiuxia Welch, who manages Boom Island’s brewery and is the wife of founder Kevin Welch, told Twin Cities Business that the new location is still small—about 4,000 square feet—but it marks major growth, as it expands the brewery’s footprint and capacity threefold. The company is brewing about 1,000 barrels this year and is eyeing 3,000 next year.

Meanwhile, Brau Brothers Brewing Company, which previously unveiled plans to expand and move from the small Southwestern town of Lucan to nearby Marshall, recently announced via social media channels that it opened a taproom at its new facility earlier this month.

When unveiling its plans to move to Marshall, Brau Brothers said its new 37,000-square-foot brewery is more than seven times the size of its former facility. The taproom, which officially opened October 4, is open daily between 11 a.m. and 11 p.m. and features a “kid-friendly atmosphere,” according to a company blog post.

In the northern metro, White Bear Lake will also soon receive a taproom. Big Wood Brewery, LLC, has indicated via Twitter that it plans to open a taproom there later this year, and it appears plans are progressing.

Co-owner Steve Merila recently received City Council approval for a taproom license, according to a White Bear Press report. Big Wood currently contract brews beer at Cold Spring Brewing Company, but Merila reportedly expressed interest in expanding in White Bear Lake to open a microbrewery for “research and development” purposes, and to also serve as a taproom. He reportedly told the city that Big Wood hopes to open in December with taproom hours running Thursday through Saturday.

In downtown Stillwater, the proposed $10 million makeover of the Joseph Wolf Brewery block is moving forward, according to the Pioneer Press. The city council recently gave “conceptual approval” for more than $1 million in city subsidies for the project, which calls for a microbrewery taproom, as well as a 40-room boutique hotel, restaurant, and retail space. (Stillwater is also home to Lift Bridge Brewing Company, which operates a taproom.)

Taprooms have been popping up all around the Twin Cities. Burning Brothers Brewing announced plans earlier this year for a gluten-free brewery in St. Paul. Heavy Table reported in July that Urban Growler Brewing Company was also eyeing a St. Paul taproom, and said in September that Bang Brewing opened a taproom in the city.

Breweries such as Summit, 612Brew, Indeed, and Fulton, which is planning a major expansion, are merely a few examples that have also opened taprooms. In fact, Minneapolis is poised to see its first hard cider taproom.

Meanwhile, Brooklyn Center-based Surly Brewing Company, which spearheaded the taproom law, is finally moving forward on its plans for a $20 million “destination brewery.”