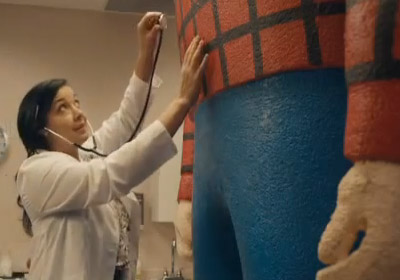 Rates that will be offered through the state’s health insurance exchange are out, but small employers are awaiting more details, and large employers are expecting questions from confused employees.
September 27, 2013

Small-business owners (those with fewer than 50 full-time or full-time equivalent employees) and individuals that will soon have the opportunity to procure coverage from the MNsure exchange, on which open enrollment begins October 1, are now weighing their options.

Now that employers have seen the rates that will be offered there, some small companies are awaiting additional information about plans that will be available off the exchange, and large businesses are expecting questions from their employees about what the exchange means for them.

Earlier this month, state officials touted the average rates that will be offered on the MNsure health exchange as the lowest among all states that have released similar information. Officials also launched a multi-faceted ad campaign to inform the public about the exchange.

Some small employers may be incentivized to buy coverage from the exchange because they are eligible for tax credits. Primarily those with fewer than 25 full-time employees whose average salaries are under $50,000 can receive such subsidies by buying through the exchange, and the most a small employer shopping on the exchange can receive is a tax credit that covers up to 50 percent of premium costs.

For official IRS guidance regarding the small-employer tax credit described above, click here. Likely more useful, however, is a calculator that was designed to help small businesses determine whether they are eligible to receive a credit, and if so, how much. To access the calculator, click here.

Employers that have more than 25 employees but fewer than 50, meaning they’re still deemed “small” but are ineligible for a MNSure tax credit, and that already offer their workers coverage are “the most likely to continue offering coverage themselves and taking the existing tax deduction for the premiums they subsidize for their employees,” Julie Bunde, director of product management and product and market solutions at HealthPartners, said.

Employees that aren’t currently offered plans through their employers, especially part-time workers, may look to the exchange. It can also offer an alternative to COBRA, which can be quite expensive, and employers may consider sending early retirees to the exchange, according to Bunde. That’s because an individual’s assets don’t affect his or her eligibility for obtaining a subsidy from MNSure; only income is taken into account, she said.

Greg Thurston, director of benefits at Edina-based Doherty Employer Services, said most small employers are likely waiting to see the official approved rates that will be offered outside the exchange before determining whether to obtain a plan through MNSure.

What About Large Employers?

While large companies are unable to procure plans through MNSure, the debut of the exchange has implications for all employers.

Take for example North Mankato-based Angie’s Artisan Treats, LLC, maker of Angie’s Kettle Corn. More than 100 of its 180 employees are eligible for coverage under two plans that the company offers, according to Colette Drager, vice president of human resources and information.

The MNsure rollout won’t affect Angie’s offerings, but it and other large employers can expect a barrage of questions regarding the exchange. “It’s very important, as early on as you can, to begin communicating with your employee base and providing them information, because the knowledge really isn’t there,” Drager said. Expecting an increase in employee questions, “we’re reserving some time to be responsive in that area,” she added.

And while MNsure’s new marketing campaign, which features mascots Paul Bunyan and Babe the Blue Ox, encourage Minnesotans to enroll in insurance through the exchange, the ads don’t always specify who will best benefit from the exchange. For example, if a worker at a company of more than 50 full-time employees is offered insurance by their employer that meets affordability and minimum value requirements, that worker cannot obtain subsidies from the exchange, and it’s important to convey that type of information to workers, Drager said. (If a large employer opts not to offer such coverage, their employees may be eligible for a subsidy on the exchange.)

“The opportunities when the employer’s willing to share in the premium cost, at least on our end, is going to be a significantly better deal than MNsure is going to provide,” she added.

Here’s an example of one of MNsure’s new television ads:

There’s a common concern that there is no apples-to-apples comparison between plans on the exchange and companies’ existing plans.

Even Governor Mark Dayton acknowledged the difficulty. “I am told that it is extremely difficult to make valid comparisons between these health insurance rates and those in previous years,” he said in a statement, adding that the recently released MNsure rates don’t include federal subsidies, which will reduce costs for many Minnesotans. “However, MNsure’s rates can be compared to those in other states, which have established similar health exchanges. The costs Minnesotans will pay for their health insurance are markedly lower than in most other states.”

Regarding the comparison between current coverage and new plans, “there will always be some gulf because of the changes under reform—the out-of-pocket limits, rating rule changes, requirements for coverage,” Bunde said. “It makes the plan requirements so different. It's a bit of an apples-and-oranges comparison, but there’s some analysis that can be done.”

Drager of Angie’s Artisan Treats offers the following advice: “Make sure you work with informed brokers or consultants to find something that best fits you, because there are so many nuances to the system that there is something you can come up with, I think, that is balanced for both the employer and the employee, as a large employer anyway.”