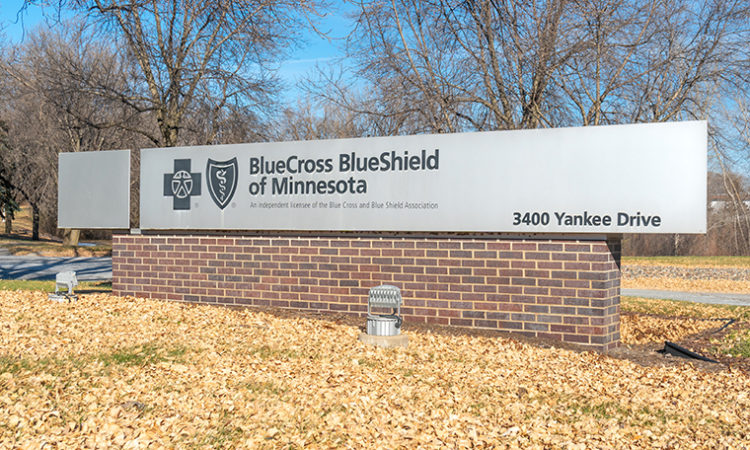 A Twin Cities real estate developer has taken on Blue Cross Blue Shield of Minnesota, one of the largest health insurers in the state. A hospital group has asked for state investigations into the insurer. Has Blue Cross run afoul of the law?
By Dan Niepow
July 20, 2019

The two had a good working relationship, Doran says.

“I never had any issues with them,” he says.

But that changed around five months ago, when his wife was denied an MRI. She had gone to urgent care for problems with her back and neck, and the provider ordered an MRI to take a closer look at her spine and discs. The scan required “prior authorization” – which means the provider had to contact BCBS and secure approval before going ahead with the procedure.

So, the provider sent in a prior authorization request form. BCBS denied the procedure.

The reason? The urgent care provider had checked an incorrect box. At the time, though, Doran was given a denial with no explanation, he says.

“She had to go to her normal doctor ultimately – days later, after going through more pain,” Doran says.

Not long afterwards, Doran himself had a similar experience. A lung cancer survivor, Doran had been instructed by his doctor to get CT scans of his lungs every six months. He had been going in with no issue since early 2017, but the insurer denied a recent scan without warning, he says.

The issue proved to be yet another administrative kerfuffle, and Doran eventually got the scan. But he later found out that several employees at his company had been having similar issues with Blue Cross. After an unsuccessful attempt to meet with the insurer’s CEO, Doran decided to switch to HealthPartners – a move that cost him $70,000 because he made the switch mid-year, he says.

Doran is going public with his story after a statewide hospital group raised similar concerns about BCBS. Earlier this month, the Minnesota Hospital Association asked the state to investigate the insurer over its prior authorization policies, among other issues.

The MHA alleged that the non-profit insurer’s policies were delaying care for patients. In particular, the group raised concerns about the insurer’s use of eviCore, a for-profit company that handles prior authorizations for many services.

“BCBS outsources its prior authorization function to eviCore, a for-profit company,” MHA President and CEO Lawrence Massa wrote in a letter to the state. “The process is set up and managed in a way that appears to be intentionally designed to delay care for patients, create maximum frustration, wasted time for health care providers, and enable BCBS to deny payment for as many covered services as possible.”

eviCore disputes that claim. In an emailed statement, senior vice president and chief medical officer Dr. Eric Gratias said the prior authorization process helps cut down on unnecessary – and in some cases, harmful – medical procedures.

“Unfortunately, far too many patients today receive care that’s not evidence-based, which can be unsafe, time-consuming, and mentally, emotionally and financially draining,” Gratias said. “We help patients avoid these harms by making sure their care meets the latest evidence-based guidelines from nationally recognized medical societies, as well as new scientific evidence from recently published medical literature.”

He notes that about 94 percent of prior authorization requests are approved within one business day.

eviCore says that nearly a quarter of all medical care is unnecessary, citing a survey of doctors by scientific journal PLOS One.

Blue Cross of Minnesota has been working with Bluffton, South Carolina-based eviCore for almost a year now. BCBS says it uses the company’s services as part of an initiative to help review claims associated with “high-cost, highly used care.”

“Blue Cross is in the business of making sure that our members have access to the highest quality care,” the company said in a statement. “It would go against our nonprofit mission to even consider an approach to care that would deliberately delay or deny care or put financial considerations ahead of people. That is not who we are as a company.”

The hospital group also says that BCBS has stopped reimbursing hospitals for some services. But the insurer has said that some services – such as imaging services, for example – are often cheaper at specialty clinics than they are at hospitals.

“Other payers are likely looking at similar policies or may be using incentives to encourage physicians to refer their patients for imaging or procedures in less expensive settings,” Baumgarten said in an email. “If those alternatives are readily available, it doesn’t make sense to pay higher rates to hospitals for the same services.”

Baumgarten doesn’t see a legal issue with BCBS using for-profit eviCore to handle prior authorizations, either. A 1973 Minnesota law used to require any company operating a health maintenance organization (HMO) – a type of health insurance network – to be nonprofit. But the Minnesota Legislature repealed that law in 2017.

And that law never prohibited health insurance companies from contracting with for-profits “for a full range of administrative services,” Baumgarten notes.

“Blue Cross Blue Shield is governed by a separate statute that enables it to form as a nonprofit. But again it is free to contract out key elements of its operations,” he adds.

Whether the insurer’s other practices run afoul of state or federal law remains unclear. The MHA has asked Minnesota attorney general Keith Ellison and the Minnesota Department of Commerce to investigate.

In a statement, Ellison said his office takes the concerns “seriously,” though he hasn’t yet unveiled plans to launch a formal investigation.

“I hear from both consumers and providers that denials of coverage make it hard for people to afford their lives and live with dignity,” Ellison said. “It will take a while to dig into all the concerns MHA raised, but we take them seriously and will look into them seriously.”

The Minnesota Department of Commerce, meanwhile, didn’t say whether it would launch a formal investigation, either. In a statement, spokesperson Emmalynn Bauer said the department “will be looking into the matter to understand the complaints in accordance with our regulatory responsibilities.”