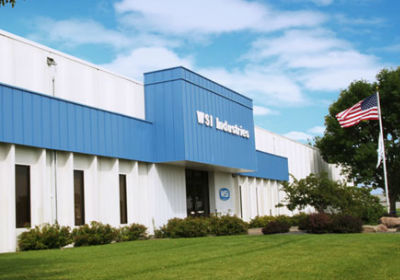 WSI Industries, Inc., said Wednesday that it intends to break ground this month on a major expansion that will double the manufacturing space at its Monticello facility.

The company said that it expects the 47,000-square-foot expansion to be complete in early 2013. It didn’t disclose the cost of the expansion.

WSI is a contract manufacturer of precision parts for a wide range of industries, including aerospace, energy, marine, defense, recreational vehicle, and bioscience. The expansion comes on the heels of positive third-quarter sales that totaled $9.5 million, up 45 percent from the same period a year ago. Earnings for the quarter totaled $598,000, or 21 cents per share, representing a 51 percent jump from the prior year.

The company has also seen consistent annual growth, with revenue totaling $18.8 million in its 2010 fiscal year and $25 million in 2011. It expects to exceed $31 million in sales for the fiscal year that ends August 26.

WSI’s financial strength has led to a steady growth of its work force—and the company foresees additional hiring on the horizon.

President and CEO Benjamin Rashleger told Twin Cities Business on Thursday that the company has steadily added employees over the past several years, growing from 59 employees in 2009 to 91 today.

Rashleger said that, like many other manufacturers, WSI is having a difficult time finding qualified employees, but the company is interested in adding several new workers to meet its current needs.

“I’d hire five to 10 [qualified workers] right now if they walked through the door today,” he said.

As WSI expands its Monticello plant, which is the company’s sole facility, it plans to add new machinery to meet the needs of a growing and diverse client base.

“If we continue the same success in growing our business, we will add new machines, and we will need new people to run them,” Rashleger said.

The expanded facility could accommodate up to roughly 160 employees—meaning that if the company continues its pace of growth, it could eventually boost its headcount by about 70 workers, Rashleger said.

WSI said that it expects the construction of its expanded facility will have a “minimal impact” on its current manufacturing processes.

“This expansion illustrates the confidence we have in our current customers and their future success, as well as our ability to continue to attract and obtain new business in the contract manufacturing market,” Rashleger said in a statement. “We believe the additional space provided by the expansion will provide us the opportunity to also expand the capabilities and services we can offer to our customers, in addition to the added capacity, which will also help to drive the expansion of the business by attracting new customers and programs.”

WSI is among Minnesota’s 100 largest public companies based on its revenue. Shares of the company’s stock were trading up about 3 percent at $6.30 during Thursday morning trading.