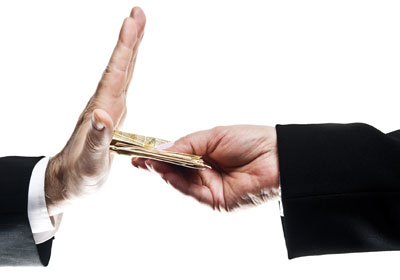 BioMedix is resisting pressure and putting off a “liquidity event.”
August 01, 2011

John Romans has a problem.

The company he leads—St. Paul–based BioMedix—expects to post $30 million to $35 million in revenue this year, capping 30 percent–plus top-line growth over the past five years. Even with that enviable success, the company’s core diagnostic platform has tapped just a fraction of its potential U.S. market. And the company is broadening its sights: Two successful acquisitions, the most recent in 2009, expanded BioMedix’s health care IT offerings just as the U.S. health care industry’s appetite for such technologies is growing exponentially.

To maintain this momentum, Romans is on the M&A hunt again, targeting companies with health care software that complements BioMedix’s automated electronic health records management tools but which lack the infrastructure to commercialize their own technologies. It hasn’t been easy. “Finding common ground on valuations can be challenging,” Romans says after visiting a potential acquisition candidate.

Negotiating a price for BioMedix’s next acquisition is not the only problem that he faces, though. It’s those pesky investment bankers that keep calling, telling him that the firm’s solid track record and healthy valuations for health care IT companies make this the time to “create a liquidity event for the company,” all of which he views as a distraction.

“We’re not seeking to raise capital,” Romans explains. His focus instead is on trying to maximize growth, which he can fund internally for the time being. So how and why does a CEO with the wind at his back decide not to take people up on an offer to put money in his pocket?

It’s not that the firm is shy about raising money from outside investors. BioMedix was founded in 1997 by Twin Cities business executives Richard Magnuson (who died in 2009) and Bill Howard (who remains BioMedix’s largest individual shareholder). Romans started with the company as president and chief operating officer before taking the reins as CEO several years ago.

BioMedix’s initial funding was from “family, friends, and angels,” Romans says. “Institutional investors all took a pass on it” in the early days. Then in 2001, the company raised $1.3 million from private investors, more than double its stated funding target.

BioMedix built its business around a software platform that tests patients for a hard-to-diagnose condition known as peripheral vascular disease, which afflicts an estimated eight million, mostly elderly people in the United States. The company’s PADNet disease management system allows a doctor to share test results with a remote specialist who can diagnose the disease. Though in separate locations, the two professionals collaborate to devise the best treatment plan for the patient. Through 2010, about 360,000 patients had been tested on the BioMedix platform.

At the time of MVM’s initial investment, Romans anticipated paying down debt to “clean up the balance sheet.” But BioMedix turned cash-flow positive at the same time MVM made its investment. “The truth is, it’s been sitting in cash or receivables from the get-go,” Romans says. That financial flexibility has freed the company to be more opportunistic with growth initiatives because “we knew we’d survive a rainy day.”

So if Romans doesn’t need to raise capital for operations or acquisitions, what about paying off investors?

Cofounder Bill Howard, for one, is willing to wait. “I wouldn’t mind getting a little more liquid, but I’m in no hurry,” he says. “We’re doing extremely well . . . we are in acquisition mode.”

MVM principal and founder Stephen Reeders, who sits on the BioMedix board, is in no hurry to cash out either. “We’re all pretty happy where we are and, as far we can see, two or three years out,” he says.

Reeders admits that the company has received “quite a few” queries from banks wanting to take BioMedix public. “I don’t think there’s any call for that today. I think the public markets are still in a fragile condition,” he says. “If any shareholder came to the board [looking to cash out], there are many ways we can achieve liquidity for them.”

One banker who has approached Romans about going public (who was unwilling to talk on the record) thinks the company could easily attract interest given its solid growth potential. But not every investment banker, even in the current deal-starved market, thinks BioMedix is an IPO candidate.

“It might be a little early for them,” says Tom Niemiec, senior managing director for Oak Ridge Financial in Golden Valley. “Right now, IPOs tend to be a bit larger . . . companies with more revenue or higher growth rate” than BioMedix, he explains. “It’s not like it was in mid ’90s” when about a dozen IPOs between $5 million and $20 million came out in the Twin Cities in one year.

Meanwhile, Romans is keeping his own counsel, staying focused on finding his next best deal no matter what the guys in suits think. He also remains realistic: “All companies need to assess what their enterprise value is, what the right next move is.” The timeline for an eventual IPO or sale “may be today, next year, the next decade”—whatever it takes to play out his strategy of building BioMedix from a diagnostic company focused on one disease into a broader health care IT platform provider.