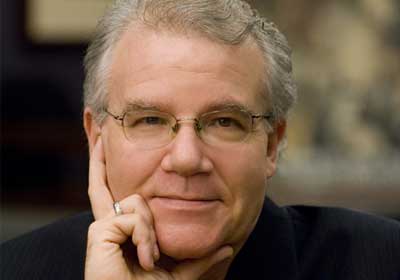 One Twin Cities orchestra has called off its remaining concerts this season, while another resumed performances and picked a new, albeit familiar, leader.
May 19, 2013

Management for the Minnesota Orchestra announced Wednesday that it has canceled the remainder of its concert season amid an ongoing labor dispute with musicians.

Meanwhile, across the river, the Saint Paul Chamber Orchestra (SPCO), which recently struck a deal to end its musician lockout, has resumed performances and appointed a new leader.

Minnesota Orchestra management canceled the final two weeks of its current season, which ends June 2. This marks the first time in the Minnesota Orchestra’s 110-year history in which an entire season will pass with no music, according to a Star Tribune report.

While announcing the cancelations, the Minnesota Orchestra proposed a three-week summer season that would include concerts in July and August at the University of Minnesota’s Ted Mann Concert Hall. Management said it has proposed the following dates to hold further negotiations with musicians: May 20, 21, and 22.

“We ask our musicians to return to the bargaining table, so that we have the option to present these summer concerts for our audiences,” President and CEO Michael Henson said in a statement.

In a Thursday statement, musicians said they are waiting for management to answer a number of questions they posed on Wednesday before agreeing to a meeting.

Those questions were outlined in a letter that the musicians’ attorney sent to the organization’s leadership. Among other things, the letter asked whether management’s latest offer is still on the table and represents its current position; when Orchestra Hall, which is being expanded, is expected to open; what the current market value of the organization’s endowment funds is; and what management plans to do regarding Music Director Osmo VÃ¤nskÃ¤'s “announced resignation intentions.”

In a letter to the orchestra’s board dated April 30, VÃ¤nskÃ¤ said that the “musical policy of excellence in symphonic music programming” is “under critical threat.”

“As an employee of the Minnesota Orchestral Association it is my duty to advise you that under these circumstances, my own position as music director may become unsustainable,” he wrote.

In a separate announcement, the musicians said Wednesday that they will present two free concerts on May 19 at Temple Israel in Minneapolis.

Minnesota Orchestra management locked out musicians in October. Musicians rejected a contract that would cut pay by more than 30 percent; management said the salary reductions are necessary in order for the orchestra to balance its budget.

Meanwhile, SPCO musicians recently ratified a labor contract, agreeing to salary cuts and a reduction in the size of their orchestra in order to end a sixth-month lockout. The SPCO resumes its concerts on Thursday with a performance in Apple Valley.

When announcing that they had ratified a labor contract, SPCO musicians said that they remain “deeply concerned” about the future of the organization, and they asked that a search begin for a new leader, one “with proven orchestra management experience, and the vision and skill to substantially increase revenues and to maintain and enhance the SPCO’s status as one of the world’s leading chamber orchestras.”

The organization’s search committee said this week that it selected former SPCO President Bruce Coppock to return to the position of president and managing director. The committee’s recommendation will be formally ratified by the SPCO board later this month, and Coppock will begin his tenure in June.

Coppock replaces Dobson West, who has served in the dual role of president and chairman of the SPCO board since March 2012; he will remain chairman following Coppock’s appointment.

Coppock was the SPCO’s president and managing director from 1999 to 2008, when he left the organization due to a rare form of cancer, from which he is now in remission, the organization said. Coppock is credited with implementing what the SPCO describes as an “innovative artistic leadership model,” which eliminated the position of music director and replaced it with a group of artistic partners, while transferring broad artistic responsibilities to members of the orchestra. During his tenure, ticket prices were reduced, concert attendance reached an all-time high, and the orchestra’s annual fund increased by nearly 70 percent, the organization said.