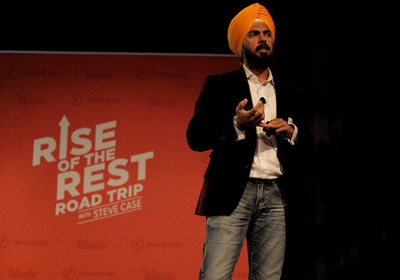 The Minnesota Cup is taking applications starting today for its 2015 competition.

The largest statewide new venture contest in the country is now in its 11th year and is adding thousands of dollars in prizes, hoping to lure more entrepreneurs into the fold.

New this year for prizes: $5,000 from AARP for an innovation that improves the lives of seniors and $1,000 to two audience favorites. That’s in addition to the standard $30,000 each finalist and $5,000 every runner-up gets in their respective categories. The grand prize winner picked from across the seven categories will win $50,000 in seed money.

“Every year the excitement and energy around this competition grows, and every year, we strive to find new ways to involve even more Minnesotans statewide,” Minnesota Cup co-founder Scott Litman said in a statement. “When we launched the Minnesota Cup a decade ago, we could never have predicted we would help thousands of entrepreneurs work towards achieving their business goals.”

The competition is now open for entry and residents of Minnesota will have until May 8 to submit entries. Judging will run through the summer and winners will be announced in September.

More than 9,000 Minnesotans have participated in the Minnesota Cup since it started in 2005. Participants compete in one of several divisions—including energy/clean technology/water, food/agriculture/beverage, general, high tech, life science/IT, social entrepreneur and student—hoping to move their idea “to the next level.”

Last year’s winner was Mankato-based 75F. Founder Deephinder Singh presented the company’s cloud-based software as a solution to controlling office HVAC systems to produce energy savings. After winning $105,000 at the Minnesota Cup, the company went on to win $100,000 for the Minneapolis leg of a five-city pitch competition by AOL co-founder Steve Case.

“Since winning the cup, my company has (been) earning industry recognition and generating substantial capital,” Singh said in a statement. “It’s been a tremendous experience all around.”

Twin Cities Business partners with the Minnesota Cup to provide coverage. You can see all of our 2014 here.