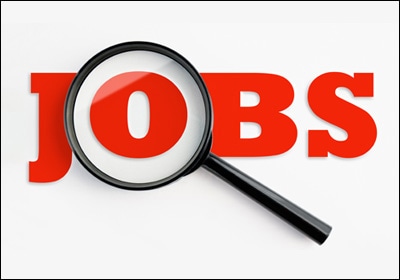 The state has recovered all the jobs lost during the recession and remains more than 2 percent below the national unemployment rate, but they are not as high-quality of jobs as the state had in 2008.
September 29, 2013

Minnesota employers added 12,200 jobs in August—pushing the state’s total job tally over the pre-recessionary peak that was reached in February 2008, according to a report that the Minnesota Department of Employment and Economic Development (DEED) released Thursday.

The unemployment rate, meanwhile, dropped 0.1 percent in August to a seasonally adjusted 5.1 percent, the lowest level since April 2008 and well below the national average of 7.3 percent.

Steve Hine, director of DEED’s labor market information office, said during a Thursday conference call that Minnesota is the 17th state in the country to surpass its pre-recession employment peak.

“After 19 months of rapid decline and 47 months of modest growth, we’re now 5,100 jobs above our previous peak,” Hine said.

According to DEED, the state has added 63,127 jobs in the past year, a 2.3 percent growth rate—faster than the national rate of 1.7 percent.

“August’s employment numbers mark a major milestone in the recovery of Minnesota’s economy,” DEED Commissioner Katie Clark Sieben said in a statement. “We’ve now recovered all of the jobs lost during the recession, which is one of many positive indicators pointing to continued economic growth.”

Minnesota is actually one of the last Midwestern states to reach that milestone. Iowa, Nebraska, North Dakota, and South Dakota all hit their peak as of July 16. Wisconsin, however, has yet to join that group, and according to Hine, it’s still quite a distance from its prior peak.

Manufacturing shed 3,400 jobs, followed by professional and business services (1,100 jobs lost) and information (900 lost). Manufacturing continues to struggle; this is the third consecutive month the sector has declined, and it has seen job losses in six of the last seven months.

While the state saw big gains in the trade, education, and health care industries, Hine said there is a wide range of different wages in these sectors. “The areas in which we’ve seen the most improvement are a real mix of high paying and low paying jobs,” said Hine.

Although Minnesota has recovered all of the jobs lost in the recession, they are not as high quality of jobs. “A lot of the job mix that we see now, compared to 2008, would be shifted to generally lesser-paying occupations and industries than we might have seen before the hit,” Hine said.

The lower unemployment rate was also driven in part by the dropping labor force participation rate, which fell 0.2 percent to 70.3 percent, the lowest since 1982. The decline, however, was due more to permanent factors like the aging work force than discouraged workers, Hine said.

The average workweek rebounded, improving three-tenths of an hour to 33.7 hours in August.

The only sector to lose jobs over the past year was manufacturing, which was down 5,100 jobs.