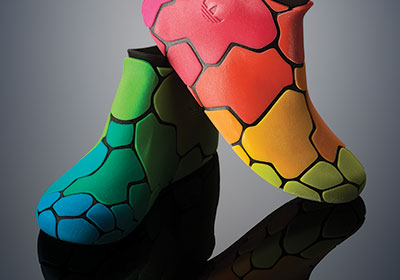 In a world where people have insatiable appetites for instant communication, key building blocks are in place to support a seemingly endless stream of technology innovations.

In 2014, technology trends are focusing on the desire for consumers to access devices that meet their specific needs. Based on customer demands, technology insiders are using the concepts of specificity, personalization and contextualization to explain the big goals of developers. Here are some of the technology trends that are gaining momentum this year.

Consumers are starting to experience what experts call “app burnout.” Nearly everyone has dozens of mobile applications. They install them, use them for a few weeks and never look at them again. But as the luster of app novelty fades, consumers are becoming more discerning and looking for relevance, context and repeatability.

“Instead of searching for apps that do everything, people will seek apps that offer services more specific to their needs,” says Jay Miller, creative director at Minneapolis-based mobile app development firm MentorMate.

A trend among these targeted apps is partnering with two other major currents: the “Internet of everything” and wearable technology.

The “Internet of everything” refers to the expansion of Internet-connected products. A Burnsville-based company called Escali recently created bathroom and kitchen scales that are Bluetooth-enabled. The kitchen scale measures the food you eat before preparing it and the bathroom scale can identify how it affects your body after consuming it; for example, body fat, muscle mass and hydration levels could be measured. The combination allows individuals to manage their health from “end to end,” so to speak. The data are then relayed to a mobile app developed by MentorMate that organizes and analyzes the information for consumers in useful patterns.

According to MentorMate CEO Bjorn Stansvik, the Internet of everything trend will be especially powerful as it blends with wearable technology.

“While Google Glass and the Pebble smartwatch are interesting, we’re expecting this year to bring many more contextually tailored experiences with wearable technology,” Stansvik says. “Professionals who use their hands to work, such as mechanics, doctors, firefighters and carpenters, will be the first affected by wearables—utilizing heads-up displays like Google Glass, but designed specifically for their field.”

As smartphone capabilities grow, so does our dependence on them. It has reached a point where many users feel like they’re missing a piece of themselves if they leave their phone at home. As such, marketers are taking full advantage by tracking consumers’ whereabouts through the phone’s GPS in their pockets.

GPS marketing, or “location-based” marketing, is a major element of the growing trend in marketing to design hyper-specific promotions.

“Almost anything you do is now getting digitally tagged,” says Tom Belle, president and CEO of Minneapolis-based digital marketing firm Gage. “All of these phone activities are getting picked up, overlaid with your social network and used to sell you something.”

Location-based marketing is a subset of real-time marketing, which is when a consumer is marketed to immediately after interacting with their phone. If a consumer inquired about the price of a product by taking a picture of the UPC code, a marketer dishes up a discount offer or promotion that’s based on the product the user asked about, hence “real-time” marketing.

“What’s going to happen in 2014 is the word ‘relevant’ is going to be at the center of all content-marketing discussions,” says Belle. “Promotions that are highly specific to a consumer are going to displace hard currency offers; people want things that don’t just offer value but offer value that’s directly relevant to them. That is what’s going to make people pay attention.”

Although the process of building a three-dimensional object from a digital design has been around for years, now the industry is poised to take a huge leap forward and may change the face of manufacturing.

According to Gartner Inc., an information technology research company, worldwide shipments of 3-D printers are expected to grow 75 percent in 2014. In the last couple of years, 3-D printing has made astonishing progress, making prosthetic limbs, spare parts for merchant ships, wheelchair ramps, guns and, theoretically, even walls, roofs and frames for houses. A new capability in development is embedding sensors into printed materials, which could lead to the creation of 3-D-printed “smart objects.”

New, cheaper, personal 3-D printers will trigger the industry’s growth this year. One of the world’s largest 3-D printing companies, Eden Prairie-based Stratasys, along with its subsidiary MakerBot, are producing 3-D printers that can be smaller than a desktop printer. And while 3-D printers were originally extremely expensive and limited, the prices have fallen so that some of the cheaper models cost as little as $100.

The possibilities are nearly endless. While it seems highly likely that it will revolutionize the manufacturing world, its influence will also undoubtedly span the fields of health care, transportation, defense and fashion. Stratasys founder and chairman S. Scott Crump told Twin Cities Business in a recent interview that the company is even looking at printing electronics.

While there’s a lot to suggest that 3-D printing will be the next big thing, the industry still experiences the fragility of an emerging market. This was reflected in February when South Carolina-based 3D Systems cut its future profits outlook, prompting analysts to wonder whether 3-D printing was just a bubble waiting to burst. The outlook and speculation led to stocks falling across the entire industry, including Stratasys’, which dropped nearly 10 percent.

The technology being designed for the home is accelerating at a faster pace than technology for the workplace. The capabilities and benefits of mobile devices are beginning to surpass desktop computers, and this trend is sparking many companies to adopt BYOD (bring your own device) policies.

“It’s called the ‘tyranny of the user,’ ” says MentorMate’s Miller, “which means that users, who are becoming more sophisticated on their tablets and smartphones, now want their desktops to have the same abilities—like touching and manipulating a screen.” Miller predicts that in the next year, buying a laptop without a touch screen will be like getting a black and white TV.

This new technology also allows for more mobility. Working at “the office” is no longer restricted to a brick-and-mortar workspace; you can carry your work with you everywhere, in your pocket.

“Technology is with us everywhere we go now, so if your business isn’t participating in that space, you become very limited and aren’t accessing everything that your competitors are,” Stansvik says. “If you’re not going mobile then you’re falling behind and most likely going out of business.”