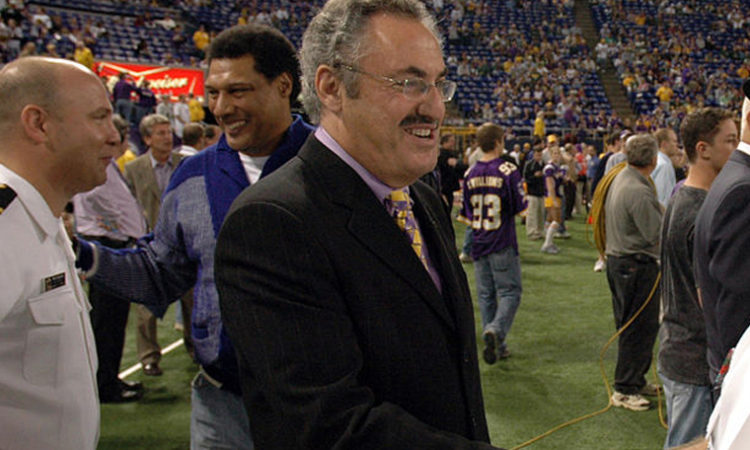 New York-based WISE Ventures will be targeting early and growth stage startups. So far it has invested in at least nine companies, including one from Minneapolis.
By Sam Schaust
October 30, 2018

Minnesota Vikings owners Mark and Zygi Wilf, along with the Wilf family, announced Tuesday the formal launch of their investment firm WISE Ventures.

WISE, an acronym for Wilf Innovative Sports and Entertainment, will focus exclusively on early and growth stage investments for startups in the sports, entertainment and real estate markets. The firm, while based in New York City, is not limiting its startup search to the east coast.

While its announcement came Tuesday, WISE Ventures has been operating under the radar for some time now. The company revealed in its release that it had already made at least nine investments, including one in a Minneapolis company.

Check sizes were not disclosed in its release, but WISE Ventures said it had made an investment in SportsHub Games Network, a local fantasy sports business with clients such as the NCAA, PGA Tour, NASCAR, NBA and NHL.

Two of the firm’s more notable investments include Latch, a New York-based maker of smartphone-enabled door locks, and Tonal, which offers at-home strength-training equipment and workout videos for its products. Tonal is based out of the Bay Area in California.

“We have a passion for investing in, and collaborating with, next-gen companies who are on the leading edge of ideas that can ultimately enhance people’s lives,” said Mark Wilf in a statement. “With our deep industry networks and management experience, we are able to assess, champion and add value to accelerate growth in rapidly evolving industries.”

Brian Cargo, a board member of SportsHub, is currently overseeing the day-to-day efforts of WISE Ventures on behalf of the Wilf family. “We drive value in innovative, high-potential companies well beyond our capital investment,” Cargo said in prepared remarks. “WISE Ventures identifies world-class partners that we take to the next level through our strategic resources.”