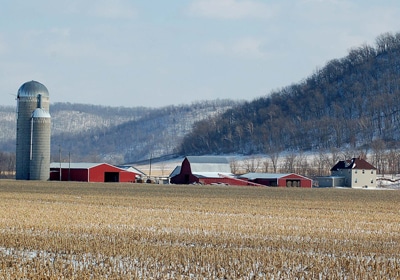 Data compiled by the USDA found fewer farms in Minnesota last year, but the size of the average farm grew by one acre.
February 21, 2017

Minnesota was home to the eighth-largest number of farms in the country last year, despite losing hundreds during that time.

Data released Friday by the U.S. Department of Agriculture showed Minnesota—which has long been a national leader in sweet corn, soybeans, sugar beets and livestock production—with approximately 73,300 farms in 2016.

Yet, as farming numbers have fallen, the acreage of the average farm has grown.

The average farm size in the U.S. totaled 442 acres in 2016, up one acre from the year prior. Minnesota farms also had an average increase of one acre, as the typical farm grew to 353 acres in 2016.