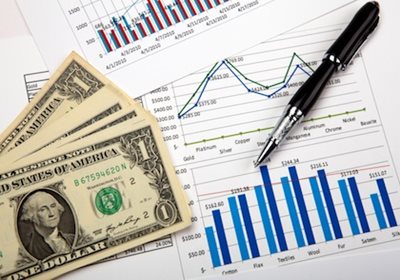 Minnesota topped the charts as the best state for business in a new report by business news organization CNBC, beating out low-tax states that are generally regarded as more friendly to commerce.

“Never since we began rating the states in 2007 has a high-tax, high-wage, union-friendly state made it to the top of our rankings,” CNBC said of its America’s Top State for Business report. “But Minnesota does so well in so many other areas.”

The rankings scored states on these categories with a total of 2,500 points possible. Minnesota scored 1,584, achieving spots in the top half of all categories except for cost of doing business and cost of living.

Minnesota’s ranking in each category are as follows:

CNBC credited Gov. Mark Dayton for turning the state’s budget deficit of $6.2 billion into a $2 billion surplus since he took office in 2011. During his tenure, the economy also added 189,000 jobs, a 7.1 percent increase. That’s helped the state maintain an unemployment rate (3.8 percent for May) well below the national average and achieve high labor force participation (70.8 percent).

A large among of the surplus was spent on education, a category in CNBC’s report that helped Minnesota place second. In 2014, Minnesota ranked 12th; a difference that CNBC credits to the state’s K-12 students performing among the best in the nation. For nine years in a row, Minnesota has held the highest average composite ACT score. Meanwhile, students in grades four and eight have posted some of the best math and reading scores in the country.

“Many national experts view our state’s economic policies and results far more positively than our in-state critics,” Dayton said in his State of the State address in April. “The credit for this success belongs to the people of Minnesota.”

Specifically, Dayton dissenters point to a $2.1 billion tax increase he approved in 2013, with much of that hitting smokers and the wealthiest two percent of Minnesotans.

“Back-to-back billion-dollar surpluses show that the level of taxes on individuals and business owners is too high,” according to a statement given by the Minnesota Chamber of Commerce at the start of the year’s legislative session. They suggested the surplus be used to reduce uncompetitive taxes, while funding infrastructure, workforce development and transportation.

The state received high marks on quality of life for the state’s low crime rate. Clean air, the presence of the Mayo Clinic and a growing number of bike-friendly cities also contributed.

“The CNBC ranking underscores Minnesota’s ability to offer the complete package to businesses,” said Minnesota Department of Employment and Economic Development (DEED) Commissioner Katie Sieben in a statement. “In the coming years, we will need to continue to focus on customized training for workers in order to meet the needs of our growing businesses and sustain our position as the best state for business.”

The state’s rank in CNBC’s report has been steadily climbing the ranks in recent years. Minnesota notched a 6th place finish in 2014 and 15th in 2013. It has never held the top spot before this year.

The state was followed in the ranks by Texas, Utah, Colorado and Georgia, which took top marks last year.

The comprehensive study ranks every state on “60 measures of competitiveness.” It is articulated by CNBC that “a broad and diverse array of business and policy experts, official government sources, the CNBC Global CFO Council and the states themselves” give input to report’s outcome.