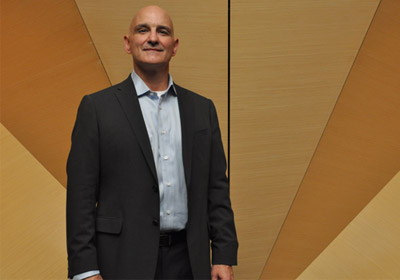 Preceptis Medical, Inc., is a med-tech start-up that is developing surgical tools designed to reduce pain and surgical time during ear-tube procedures.

And this week, it was named the grand prize winner of the 2013 Minnesota Cup competition and awarded thousands of dollars and free professional services to help further build its business.

The Minnesota Cup is a statewide entrepreneurial competition that seeks the newest and most innovative business ideas. This year marked the ninth annual contest, which commenced this spring and attracted roughly 1,100 entries. More than 8,000 Minnesotans have participated in the competition since its 2005 inception.

This year, participants were vying for a chunk of $200,000 in prize money. Last month, the competition selected 18 finalists and subsequently picked six division winners, each of whom received a cash prize. (To read more about the division winners and what they received, click here.)

Plymouth-based Preceptis Medical, which had won the life science/health IT division, was selected as the grand prize winner during a Wednesday ceremony at the University of Minnesota’s McNamara Alumni Center. The company had won $25,000 for its division title; it will now receive an additional $40,000.

The company’s product is currently undergoing clinical evaluation, and its procedures have been performed in more than 60 patients, according to Minnesota Cup officials.

“Ear tube surgery is the most common pediatric surgery in the United States, but for pediatric patients and their families, it can be very traumatic,” Preceptis Medical CEO Steve Anderson said in a statement. “Preceptis Medical offers a less invasive way to get that surgery done, all without general anesthetic. It not only reduces trauma and risk, it offers better outcomes. It offers greater efficiency for the surgeon—and it has the potential to reduce costs by more than 60 percent.”

During Wednesday’s ceremony, the six division winners also gave three-minute elevator pitches to the audience, whose members then voted on their favorite presentation. Student division winner ShedBed, which developed a technology that attracts and contains pet hair and dander to a pet’s bed, garnered the most votes and its founder, Nathan Conner, received an additional $1,000 prize for the honor.

The University of Minnesota, meanwhile, named Greg Frankenfield, CEO and co-founder of St. Louis Park-based software company Magenic, as this year’s “Entrepreneur of the Year” during Wednesday’s ceremony.

Each fall, Twin Cities Business publishes in-depth profiles of each of the competition’s division winners. To learn about the winners of last year's contest, click here. And watch for this year’s coverage in TCB’s December issue. Finalists from the last four years have gone on to raise more than $60 million in capital, according to contest officials.

“For our 10th anniversary in 2014, we will continue to grow and find new ways to involve more Minnesotans in this competition,” he said in a statement. “We will discover and help more entrepreneurs to build better business plans and achieve long-lasting success. And of course, our ultimate goal is to cement the Minnesota Cup as a permanent part of the business landscape.”

The division winners from the 2013 Minnesota Cup.