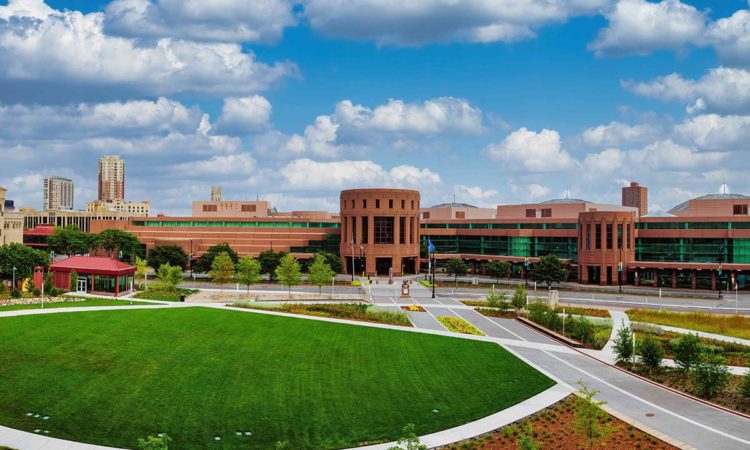 City leaders say the space was redesigned with environmental considerations in mind.
By Tina Nguyen
September 30, 2021

The Minneapolis Convention Center on Thursday afternoon will formally unveil a $2.9 million redesign of its main plaza. In a news release, center officials described it as a “more sustainable public green space.”

At a construction cost of $2.9 million, the redesign features a new irrigation method that uses the center’s stormwater capture system. The project also includes an urban meadow planted with native tree and plant species to create downtown’s “largest pollinator refuge.”

Designed by Damon Farber Landscape Architects for environmental sustainability, the 2.5-acre the convention center plaza is built on top of an underground parking ramp and includes a lawn area for events with updated lighting and seating options.

Construction began in late 2019, with much of it taking place during the latter half of 2020. The plaza’s renovation was “essentially completed” earlier this spring.

The redesigned public space has already been open to the public for months. Over the summer, the convention center held “Summer Fitness” sessions, free outdoors fitness classes led by local fitness businesses through July and August. 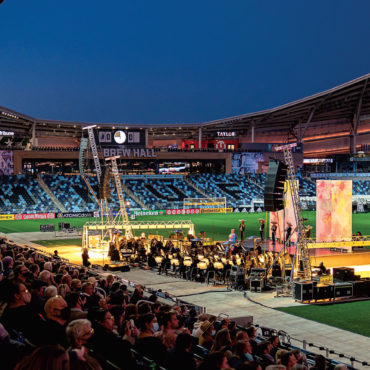 2022 Guide to Meeting and Event Venues 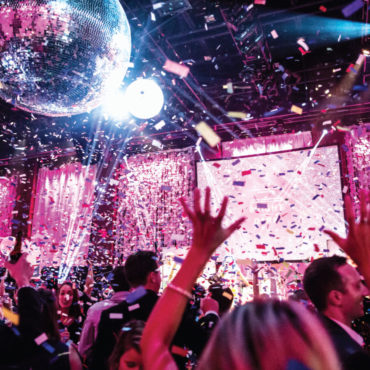