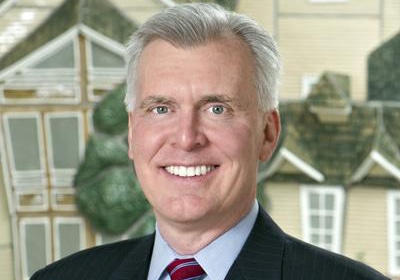 The former Hennepin County judge is also interim president of the Science Museum of Minnesota, but he is expected to leave that position in the spring.
February 06, 2016

The Minneapolis Regional Chamber of Commerce on Wednesday appointed former Hennepin County Judge John Stanoch to be its interim president. Todd Klingel, the organization’s current president, who will retire on June 30.

Stanoch, who is currently interim president of the Science Museum of Minnesota, will assume his role at the MRCC on April 1 as Klingel transitions from full-time to part-time. In a release, Stanoch said he would not be a candidate for MRCC’s president, but would remain in the position until the organization’s board approves a successor.

“My previous work on the Chamber board, and with Todd in particular, should help make for a smooth transition as we continue the Chamber’s work on local and regional issues,” Stanoch said in a statement.

Klingel has been in the president’s chair at the MRCC for the past 13 years.

In a statement, MRCC board chair Laura McCarten said, “John’s extensive connections in the business and non-profit community and his previous service to the MRCC as board chair and board member make him an ideal partner to work with Todd during his transition to retirement.”

Aside from Stanoch’s involvement with the MRCC board from 2004 to 2009, he has been a board member of many other local organizations, including the Greater Minneapolis YMCA, Minnesota Business Partnership and the Minnesota Orchestra.