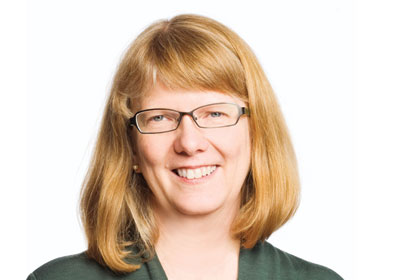 A coalition of Twin Cities leaders has declared a “state of emergency,” based on data that show unacceptably low rates of student achievement in Minnesota and in particular, a wide achievement gap between white children and children of color in our metropolitan schools.

If that sounds dramatic, it’s for good reason. According to a recent study, more than 500 programs are already working to close this gap and improve student achievement in one way or another, through early childhood education, tutoring, efforts designed to help youths stay in school and graduate, teacher education, family services, and other forms of support. Together these private sector programs spend approximately $90 million annually, and that figure does not include public spending on schools.

But despite these efforts, Minnesota continues to have one of the largest achievement gaps in the United States, with extremely low graduation rates for minorities and deep racial disparities. (For example, 53.8 percent of the metro’s 11th-grade white students tested at grade-level proficiency in math in 2012, while only 22.7 percent of students of color met that benchmark. Among black 11th-graders, just 11.6 percent were grade-level proficient in math.) This is a looming problem for the health of Minnesota’s long-term business climate and our reputation as a state with a highly educated workforce.

Is there a better way? That’s the question posed by the African American Leadership Forum, which spearheaded the initial work that led to the new coalition’s formation. In studying what we might do better, they reviewed the work of Strive, a community-wide coalition in Cincinnati, which is demonstrating how to “move the needle” on student achievement. The Strive partnership has led to increases of 9 to 24 percent on key indicators, including kindergarten readiness, fourth-grade reading proficiency, eighth-grade math proficiency, graduation rates, and college enrollment. Sharing Cincinnati’s success model with Minnesota’s civic leaders led to the formation of the Generation Next Partnership.

Generation Next includes an impressive group of civic leaders from across the metro. The coalition includes mayors and city government, school districts, county government, teachers’ unions, corporations (3M, General Mills, Target, Cargill, HealthPartners, among others), business leadership groups like the Itasca Project and the Minnesota Chamber of Commerce, leading foundations (including Bush, McKnight, and Northwest Area Foundation), and the University of Minnesota, MNSCU, and the Minnesota Private College Council. This group has put out an ambitious vision in which “children of all socio-economic backgrounds are well prepared for success in the 21st century,” with a mission “to dramatically accelerate educational achievement of all children from early childhood through early career, through an aligned partnership of community stakeholders.”

Generation Next will operate on a set of principles that has been defined as “collective impact.” Collective impact is just what it sounds like: an effort to bring together organizations to develop a common agenda, including a common understanding of a problem and a joint approach to solving it. The framework includes a designated “backbone organization” with a separate, dedicated staff to keep the coalition on track. Equally important: a sense of shared accountability to the public that includes transparency about the work and its results.

For Generation Next, the backbone organization is the Greater Twin Cities United Way. Michael Goar, who most recently was deputy superintendent of the Boston public schools, has been hired to lead Generation Next. Goar grew up in Minneapolis and has worked in the city’s school district. He’d been back in town just four weeks when I spoke with him this fall, but said he was attracted to the job for a number of reasons, including the broad cross-section of leaders that came together to form Generation Next, its ultimate aim to be metro-wide rather than district-specific, and the significant research and evaluation support in place to help identify and share what’s working well and how others can learn from it.

Minnesotans have known for decades that we have an achievement gap, and many efforts have been directed at improving the performance of students of color. Will Generation Next be different? Skeptics of all stripes can name a dozen reasons why Generation Next could fail: We’ve tried coalitions before, best practices are already known but there’s no consequence to ignoring them, funding lags, the disruptive effects of poverty on students’ home lives, among many other reasons. Yet the new effort seems promising. It’s an unprecedented coalition—all-in. It has promised transparency with respect to results—high stakes. And it’s a problem that will define Minnesota’s economic future. It’s great to see leaders putting their collective feet down about this problem and taking action.

Will it be enough? I’ll check back in a year and see what the Generation Next report card tells us.