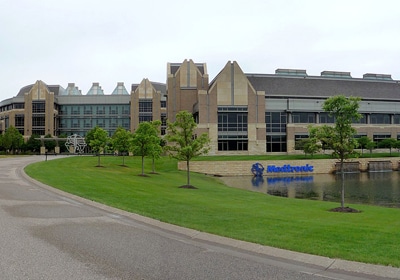 The medical device maker has been regularly accused of dodging U.S. taxes by shifting its corporate headquarters to Dublin.
April 16, 2016

In reference to new rules on tax inversion mergers put out by the U.S. Treasury Department on Monday, Medtronic said the regulations do not apply, particularly in reference to its $49.9 billion merger with Covidien.

Medtronic told regulators on Wednesday that its merger, which relocated the company’s headquarters to Dublin after closing in January 2015, was done so for “strategic purposes.” Moreover, the company said the regulations “do not have a material financial impact on any transaction [it has] undertaken.”

The recent rule change has led to the dematerialization of at least one merger, a $160 billion unification of New York-based drug manufacturer Pfizer Inc. and Ireland-based Allergan.

Medtronic employs roughly 9,300 workers in Minnesota, many of who are centered in its U.S. corporate headquarters in Fridley.