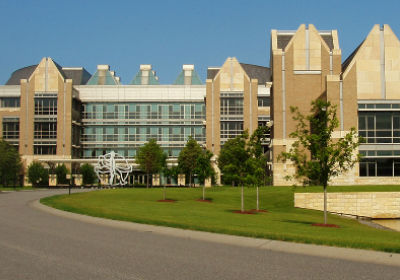 The company said that, while it plans to relocate its headquarters from Fridley to Ireland, it will retain its “operational headquarters” in the Twin Cities.
June 26, 2014

Medtronic, Inc.—one of Minnesota’s 10 largest public companies and the state’s largest medical device manufacturer—said Sunday night that it has agreed to acquire fellow med-tech firm Covidien in a cash-and-stock deal worth about $42.9 billion.

TCB Editors Go On Air To Weigh In On Medtronic Deal

The deal will result in Medtronic relocating its legal headquarters from Fridley to Ireland, where Covidien’s current headquarters resides. The company said, however, that its “operational headquarters” will remain in the Twin Cities, where it employs more than 8,000 people.

The combination will create a $27 billion company, and Medtronic said it expects the deal to be accretive to its earnings in its 2016 fiscal year and to be “significantly accretive” thereafter. Medtronic and Covidien said in a joint press release that they will have 87,000 employees in more than 150 countries following the acquisition.

Medtronic said that the deal is expected to result in at least $850 million of annual “pre-tax cost synergies” by the end of fiscal year 2018. The headquarters relocation appears to be driven, at least in part, by tax purposes. The Wall Street Journal, which first reported over the weekend that a deal was in the works, pointed out that the deal is the latest in a wave of recent moves that companies have used to sidestep U.S. corporate taxes. The newspaper pointed out that the main corporate rate in Ireland is 12.5 percent, compared to the 35 percent U.S. rate, which is among the world’s highest.

The company has told the media, however, that it already pays below the 35 percent rate and that the deal was not driven solely by tax considerations. The move will allow it, however, to tap into its reserves of cash that are currently stored overseas, at a lower tax rate.

Similarly, Pentair, Ltd., which maintains its primary operations in Golden Valley and is one of Minnesota’s largest companies, recently received shareholder approval to reincorporate in Ireland.

Medtronic's planned acquisition is subject to approvals from both firms' shareholders, as well as regulatory clearances in the United States, Europe, China, and other countries. Medtronic said it expects the deal to close during the fourth quarter of this year or in early 2015.

Following the Covidien deal, Medtronic will continue to be led by Omar Ishrak, who was tapped as chairman and CEO in 2011. Ishrak recently spoke with Twin Cities Business about the health of the med-tech industry in Minnesota, among other things. Read the full Q&A here.

When announcing the Covidien deal, Medtronic said it will remain “strongly committed to the U.S. as a healthcare innovator, strategic business partner and employer of choice,” and it will commit $10 billion in U.S. technology investments over the next decade, beyond the two companies' previously announced plans. It also said it plans to add 1,000 Minnesota jobs over the course of five years.

“The medical technology industry is critical to the U.S. economy, and we will continue to invest and innovate and create well-paying jobs,” Ishrak said in a statement. “Medtronic has consistently been the leading innovator and investor in U.S. med-tech, and this combination will allow us to accelerate those investments. These investments ultimately produce new therapy and treatment options that improve or save lives for millions of people around the world.”

Earlier this year, Twin Cities Business took an in-depth look at the state of Minnesota med-tech, finding that despite the exit of some major players' headquarters, Minnesota remains first in the nation when it comes to med-tech jobs per capita.