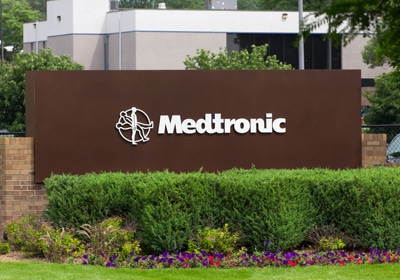 If the deal closes, it would be a roughly $1 billion step up from what the business was expected to sell for.
April 06, 2017

A deal for Medtronic’s medical supplies business could be announced later this month, sources told Reuters on Wednesday.

The world’s largest medical device maker is said to be in advanced talks with Cardinal Health, a drug distributor from Ohio, to sell the business unit for close to $6 billion.

Rumors that Medtronic, which maintains its U.S. operational headquarters in Fridley, was shopping its medical supplies unit first broke in February. At that time, people close to the situation told Bloomberg that the unit could fetch as much as $5 billion.

The valuation was largely based on the unit’s assets and earnings, which neared $500 million annually before interest, taxes, depreciation and amortization.

Medtronic’s medical supplies business makes a number of products, including catheters, needles and medical instruments, such as surgical scissors and scalpels.

The deal would complement Cardinal, which has seen steady sales growth in its own medical supplies business. After its $2 billion acquisition in 2015 for Cordis, a heart and electrophysiology device maker owned by Johnson & Johnson, Cardinal’s own unit had sales grow 9 percent year-over-year in 2016. The company said it anticipates similar growth in the mid- to high-single digits for the unit this year.

Both Medtronic and Cardinal Health declined to comment on the matter in the Reuters report.

Shares of Cardinal Health have been on the rise since the rumor dropped. The company’s stock is up about $2 from its Wednesday close of $80.54.

Meanwhile, shares of Medtronic are about flat with its Wednesday close of $80.24.