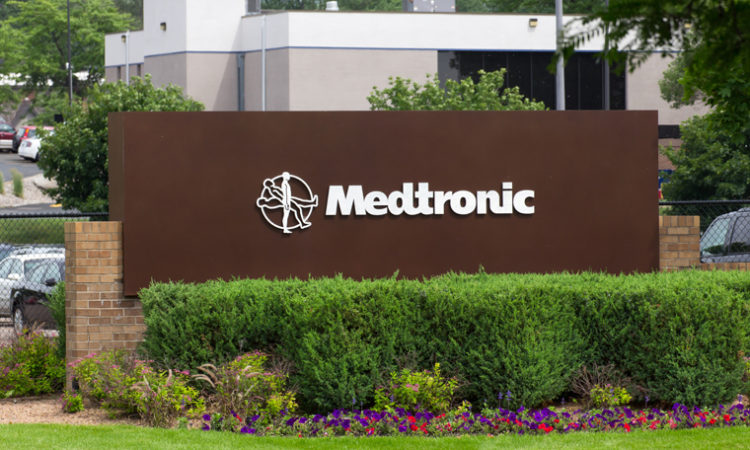 However, some analysts were concerned about the medical device company’s earnings expectations for its next fiscal year.
May 26, 2017

Medtronic’s fourth quarter performance turned out better than analysts expected as all four of its business divisions reported at least a 3 percent rise in sales for the February to April period.

The world’s largest medical device company, operated out of Fridley but incorporated in Dublin, said its biggest gain came from its minimally invasive therapies group. Compared to the year prior, the group’s sales rose 6 percent in the fourth quarter. Medtronic’s cardiac and vascular group, its largest of the four, reported a 4 percent year-over-year sales increase, as did its restorative therapies group. Demand for the company’s MiniMed insulin systems drove a 3 percent rise in sales at its diabetes division.

Overall revenue for the three-month period was about $7.92 billion, a 5 percent improvement over the $7.57 billion Medtronic reported a year ago. Analysts anticipated $7.86 billion in revenue.

Equally, the company’s income took a 5 percent hike. Medtronic recorded $1.16 billion in profits for the quarter, or $1.33 a share, besting analyst estimates by two cents.

The result, when added with the past nine months’ results, made for Medtronic’s best sales performance to date.

“Fiscal year 2017 was a solid year overall for Medtronic,” the company’s chief executive Omar Ishrak said in a statement.

Altogether, demand for medical devices pushed sales up 3 percent for the fiscal year to $29.7 billion. Net earnings rounded out to just over $4 billion, or $2.89 a share.

With Medtronic’s fiscal year 2018 underway, Ishrak told investors during a conference call Thursday that the company showed no signs of slowing.

“Our product pipeline remains robust across all our groups with a number of important near-term growth catalysts,” he said. “We remain confident that our new therapies can drive sustainable growth next fiscal year and beyond.”

Instead of describing expectations for the next fiscal year in rounded terms (such as “low- to mid-single digit growth”) as Medtronic has traditionally done, executives narrowed its fiscal 2018 sales estimate to a 4 to 5 percent increase, while earnings per share are expected to grow by a 9 to 10 percent. Analysts on the call, however, questioned Ishrak and other Medtronic executives as to why their expectations weren’t higher.

“Look, we just wanted to provide a slightly tighter range than a generic ‘mid-single digit’ range, which we could have,” Ishrak said. “There is some level of uncertainty in marketplaces always, so we just wanted to make sure that we again can hit the guidance that we put out there. I think the trend that we have right now—the new products—would suggest that we should be able to deliver within that range.”

Both Ishrak and the company’s chief financial officer Karen Parkhill made note of Medtronic’s $6.1 billion divestiture of its patient monitoring and recovery unit to Cardinal Health. The sale, which was announced in mid-April, was cleared by the U.S. Federal Trade Commission last week and is expected to close sometime this summer.

“To avoid confusion,” Parkhill told analysts, “our guidance for this next fiscal year does not take into account the impact of the planned divestiture. We intend to update our guidance upon close of the transaction.”

Early estimates from the company indicate a positive 12 cent to 18 cent impact on its annual earnings per share from the sale.