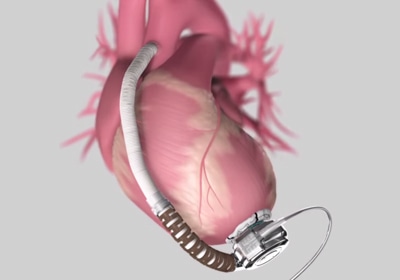 The company’s purchase of HeartWare is an attempt to gain market share in an $800 million heart failure device market.
July 07, 2016

In its largest deal of the year so far, Medtronic announced on Monday plans to buy HeartWare International, a deal valued at approximately $1.1 billion.

Terms of the agreement have Medtronic, the worldwide leader in the cardiac and vascular care market, paying $58 per share, or roughly a 93 percent premium over HeartWare’s $29.98 closing price from June 24. News of the acquisition shot HeartWare’s stock up to $57.55 in early morning trading, while Medtronic shares sunk 2 percent to $81.65.

“This transaction, once closed, will be a further, important step toward Medtronic offering a complete suite of solutions to address patient needs across the heart failure care continuum,” Mike Coyle, president of Medtronic’s cardiac and vascular group, said in a statement.

Medtronic, which holds its U.S. operational headquarters in Fridley, will receive a number of diagnostic tools and treatments for heart failure, a condition where the heart is weakened and cannot pump enough blood to meet the body’s needs. Heart failure from heart disease or a heart attack remains the leading cause of hospitalization and death in the U.S. with more than five million Americans affected each year.

Following the deal, the most significant addition to Medtronic’s portfolio will be HeartWare’s flagship HVAD System. The device, which is the world’s smallest full-support ventricular assist device (VAD), is known for reducing invasiveness during heart surgery and thusly improving patient outcomes and recovery times. Patients fitted with a HVAD System are typically deemed end-stage heart failure patients. Those with the heart-pumping device often receive it as a “destination therapy” until death or as bridge to heart transplant.

The global VAD market is valued at approximately $800 million, according to Medtronic.

Its acquisition of Farmington, Massachusetts-based HeartWare is expected to close on October 28 when Medtronic wraps its second quarter.