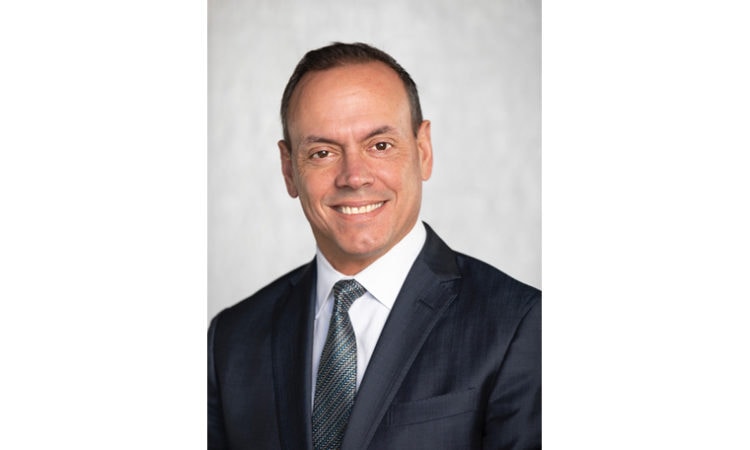 He takes the reins from Gary Cunningham, who left in June.
By Amanda Ostuni
November 14, 2019

Alfredo Martel is familiar with the challenges facing minority entrepreneurs. As the son of two Cuban entrepreneurs who fled Cuba and established themselves in Puerto Rico, he’s seen many of those challenges firsthand.

He hopes to leverage that experience to lead the Metropolitan Economic Development Association (MEDA). On Thursday, the organization announced his appointment as president and CEO. He takes over for Gary Cunningham, who left the job for another opportunity in June.

Martel says MEDA is the next step in his transition from a corporate career to the nonprofit space. One of his earliest jobs was as an account executive with the Grey Group. After that, he spent seven years with Yum! Brands before moving to Minnesota in 2008 for a job at Caribou Coffee. (His last position with Caribou was as chief operating officer).

Most recently, he served as chief of marketing and strategic communications for the Walker Art Center, where he led a diversity and inclusion initiative. Additionally, he’s the former board chairman for The Brand Lab, a non-profit working to improve diversity in marketing.

Martel feels his professional background gives him a “stocked toolbox” for the job.

The MEDA board agrees.

“Alfredo’s vision, passion, and commitment to developing and supporting successful enterprises—combined with his keen business experience, legacy of innovation, highly engaging, and purpose-centric approach—will drive continued growth and economic vitality for minority entrepreneurs and their communities throughout Minnesota,” said Barbara Butts Williams, chair of the MEDA board of directors, in an emailed statement.

Martel’s first order of business? Taking time to listen and learn from his team about the needs of partners and clients. He also wants to establish a “strong foundation of trust and mutual shared vision” between himself and all MEDA stakeholders.

As Martel builds that foundation, he’ll lead an assessment to evaluate where MEDA’s at and how it can do be better.

“Our clients’ needs are changing or shifting. If we listen deeply and understand [their needs] and we’re steadfast and focused on our purpose, these purposeful innovations will arrive to us in a relatively seamless way,” he says.

Martel will start the new gig at MEDA on Nov. 18. He has some big shoes to fill at the organization.

But Martel is eager for the challenge.

“We’re at an incredibly interesting time in the history of the organization, with much to be proud of, grateful for, and inspired by,” said Martel. “We have nothing but really interesting growth ahead of us.”