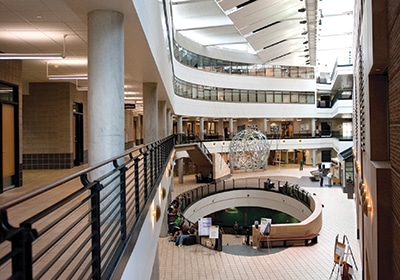 Many Minnesota corporate executives earned their MBAs at the University of Minnesota’s Carlson School or at St. Thomas, and employers paid for all or most of their graduate tuition. That investment in high-potential employees is much harder to find these days. “It took a big hit at the recession, and it hasn’t really come back,” Stefanie Lenway, business dean at Opus College at the University of St. Thomas, tells TCB.

At the U, many companies previously would pay for the entire MBA, says Sri Zaheer, business dean at the Carlson School. “Post-2008, there’s definitely been a decline in the level of support. At the same time, we haven’t actually seen our students stringing out their degrees.”

Cindy Chandler, who has worked on executive searches for 22 years, says the recession prompted companies to reduce spending. But Chandler, who recently merged her Chandler Group with Alabama-based Wheless Partners, cites an additional culprit. “Much of it has to do with increasing costs of health care,” Chandler says, so companies look at how much they are spending on benefits in total.

Chandler, based in Spring Park, emphasizes the “war for talent is on,” and many companies are focused on offering high base salaries to lure executives. Those salaries are squeezing out educational benefits.

“It is absolutely a candidate’s market out there,” says Chris Dardis, vice president of HR consulting and search at Versique, “Good talent is very, very hard to find.” Consequently, Dardis adds, it may force companies to resume offering larger educational benefits.