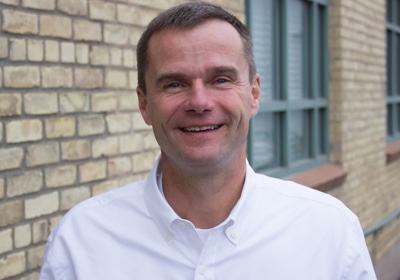 Mayo Clinic spinoff OneOme LLC says it has lined up its first non-Mayo customers, including some well-known health care providers who have signed up for the company’s “pharmacogenomics” technology platform.

The Minneapolis-based startup recently revealed that after a successful fundraising round of $5.25 million in October, it is now developing an initial client list beyond the Rochester clinic itself for its RightMed test, an “individualized medicine” platform in which patients’ genomes are sequenced, analyzed using proprietary predictive algorithms, and communicated to caregivers who can use the information to avoid possible adverse drug reactions.

It was always anticipated that OneOme’s first customers would be large health care providers, joining the Mayo Clinic Center for Individualized Medicine in that regard. That assumption proved correct when the company revealed that Ridgeview Medical Center in Waconia and Centra Health’s Stroobants Cardiovascular Center in Lynchburg, Virginia, have been snagged as customers.

Another impressive addition announced by Owen is a “partnership” with Toronto-based Medcan, touted as Canada's largest executive health and wellness clinic.

The company revealed as well that it has tapped its Mayo connections to land a partnership with High Profile Laboratory of Guaynabo, Puerto Rico, which describes itself as “the Caribbean’s most advanced clinical testing laboratory.” The lab is a corporate partner of Salus, a metropolitan San Juan health care provider and the first member of the Mayo Clinic Care Network in Puerto Rico and the Caribbean.

The RightMed test uses algorithms developed by Mayo’s John Logan Black, M.D., whose pioneering work in applying genomics to pharmacology—especially in the field of psychology—is now spinning off into several clinic-supported ventures, including OneOme and Assurex Health.

Dr. Black is a co-founder of OneOme, and has licensed the intellectual property from Mayo under undisclosed financial terms. The company has combined his know-how with a data processing platform developed by fellow co-founder Troy Kopischke, leader of the Invenshure business incubator in Minneapolis, to create the RightMed platform.

In addition to the new customers and the financing, OneOme has marked several other milestones since May, when Paul Owen was tapped as its CEO. Currently with about 25 employees, the company has moved to the Highlight Center office building in northeast Minneapolis; earned lab accreditation from the College of American Pathologists; and, importantly for its business model, made strides in integrating RightMed test results into common EMR (electronic medical records) systems.

“The RightMed test was developed to address the fact that around half of the four billion prescriptions issued each year do not work as intended, and that adverse drug reactions account for seven percent of hospital admissions and 20 percent of readmissions,” Owen said in an issued statement.

The analysis and report costs $249 and yields results in seven to 10 working days.