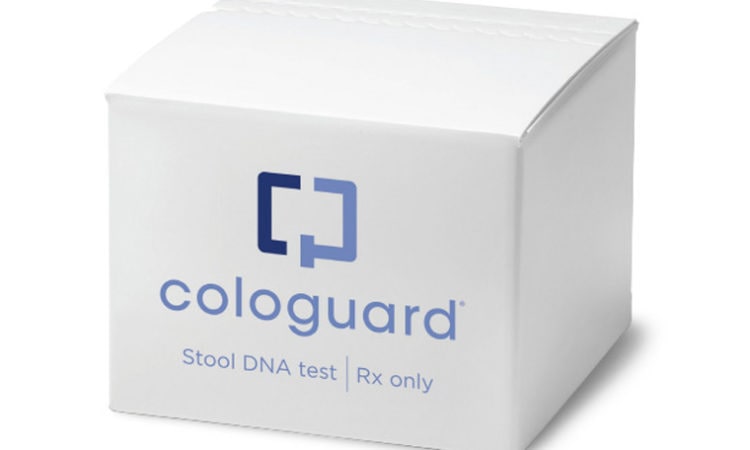 The method is aimed at those under 50 with hereditary high colorectal risk.
By Don Jacobson
November 22, 2017

The same Mayo Clinic researchers who developed the Cologuard DNA test for detecting colorectal cancer for people over 50 are now seeking to patent a similar method aimed at younger people, especially those with a hereditary risk for the disease.

A U.S. patent application filed by the clinic in October indicated that a team of Mayo researchers headed by Dr. David Ahlquist — co-inventor of the successful Cologuard system now made in collaboration with Exact Sciences Corp. of Madison, Wisconsin — has developed a method of identifying DNA “biomarkers” for colorectal cancer in stool and blood samples for patients under age 50 who suffer from Lynch syndrome, an inherited genetic condition that increases cancer risk.

Also provided for in the patent application are “kits” for practicing the method, which if realized could increase the number of people getting screened for colorectal cancer.

The vast majority of colorectal cancers occur spontaneously in people over 50, and that’s the market that Cologuard targets. Since it was licensed to Exact Sciences and launched three years ago, approximately 91,000 health providers have ordered the test. The company says that as of Oct. 30, it expects as many as 572,000 Cologuard tests to be completed in 2017, up from its previous estimate of at least 550,000 tests.

Exact Sciences (Nasdaq: EXAS) says Cologuard’s growing popularity is due to its emerging status as an accurate, noninvasive and low-cost alternative to colonoscopies in screening for colorectal cancers, which are generally very treatable if found early but which nonetheless result in 655,000 deaths worldwide per year.

The technology behind the test revolves around measuring gene expression in treated DNA samples, with the results serving as biomarker “roadmaps” for the presence of colorectal cancer and its precursors.

Patients with Lynch syndrome, however, carry a greater risk for the disease. Five percent of all colorectal cancers are associated with this inherited condition, which is responsible for what the Mayo inventors call an “alarming” increase in cancers among patients under 50 who aren’t currently screened.

The lifetime risk of those with Lynch syndrome developing colorectal cancer approaches 70 percent, while the time it takes for the disease to progress is less than with common sporadic cancer — five years compared to 10.

According to the patent information, however, Ahlquist and his Mayo colleagues (including Dr. John Kisiel, William R. Taylor, Tracy Yab and Douglas Mahoney) now have identified genetic biomarkers with “high discrimination” for detecting the presence of colorectal cancer precursors in patients both over and under the age of 50 as well as in those with Lynch syndrome.