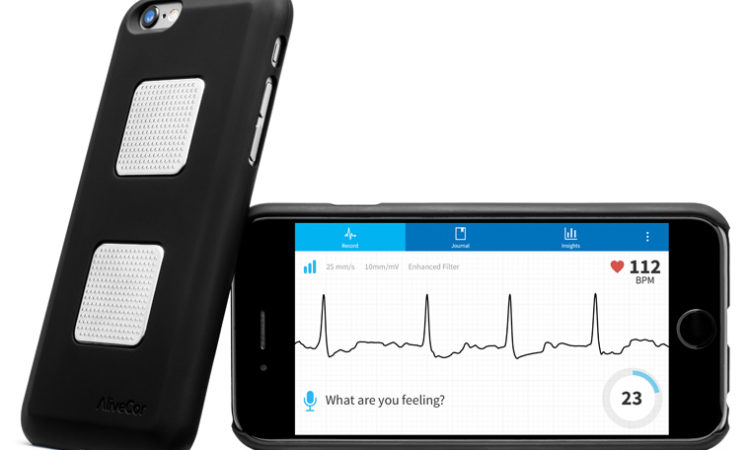 The Mayo Clinic has increased its venture investment stake in a Silicon Valley digital health startup touting a smartphone-based system that taps Mayo’s know-how in machine learning to detect and predict abnormal heart rhythms and the risk for stroke.

AliveCor of Mountain View, California, announced last week it has completed a Series D funding round of $30 million, led by Omron Healthcare, with participation from Mayo and its other existing inside investors. The goal is to boost the fortunes of the new Kardia Pro software platform, which is aimed at doctors.

It complements the existing Kardia Mobile smartphone app, which allows consumers to generate a “clean” clinical-level electrocardiogram (ECG) that can be submitted electronically and the signals analyzed using Mayo’s expertise in machine learning algorithms to detect tiny changes in blood potassium levels – an early indicator of enhanced risk for cardiac arrhythmia such as atrial fibrillation, as well as for heart disease and stroke.

Its backers believe the ability to non-invasively read those small blood electrolyte changes quickly could prove to be an invaluable tool in the treatment and prevention of those problems, and, if ultimately successful, be a boost for the digital health market, which has generally been slow to realize its commercial potential.

AliveCor said in an issued statement that the follow-on investment by Mayo “will help Kardia Pro become the new standard of care for doctors to enable early detection and prevention of heart disease and stroke. AliveCor will use the additional capital to accelerate innovations in heart health and continue the rapid expansion of the business.”

The company’s venture backers include Khosla Ventures, Burrill & Company, Qualcomm Inc., and the Oklahoma Life Sciences Fund. In addition to its equity stake, Mayo also has a royalty deal in place with AliveCor.

At the same time, the company announced the official U.S. release of Karida Pro, which it describes as “an industry-first artificial intelligence-enabled platform for doctors to monitor patients for the early detection of atrial fibrillation, the most common cardiac arrhythmia that leads to a five times greater risk of stroke.”

A part of a collaboration between Mayo and the company, the Kardia system applies proprietary machine learning algorithms developed by Dr. Paul Friedman—the clinic’s vice chair of cardiovascular medicine and director of its implantable device lab—to ECGs generated by users of the device, which can produce a usable signal merely by placing fingertips on a small pad attached to the back of a smartphone.

The Mayo algorithms can analyze the heart signals with a precision unavailable to the naked eye, noting tiny changes, and through that can accurately predict a user’s blood potassium level, all without the need for an invasive blood test as is now necessary.  That’s important because quickly changing levels of potassium in the blood provide early warning signals for a range of conditions including arrhythmias, heart failure and kidney failure.

The system patented by Friedman and three Mayo colleagues provides for “non-invasively measuring analyte levels” in blood by averaging a series of ECG readings to identify subtle differences – changes that are clinically important but not readily noticeable to the naked eye.

The technology combines “signal averaging” with an algorithm that can correct the signals to account for such variables as body position changes, respiration, and ectopic (skipped or abnormal) heartbeats, thereby providing sufficient sensitivity to detect small changes of blood electrolytes in readings taken outside of a clinical setting.