Researchers with the medical institution hope to reverse engineer a vaccine that will be inexpensive and easy to produce.
March 19, 2016 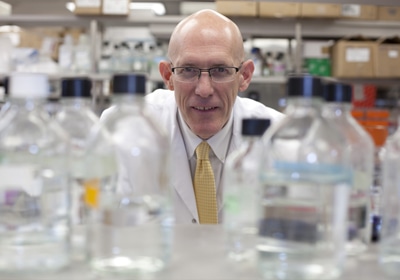 Mayo’s research team will collaborate with Brazil’s Butantan Institute, the largest immunobiology lab in Latin America and producer of 90 percent of the vaccines in Brazil.

Tens of thousands of Latin Americans have been infected with the Zika virus since it was first reported in Brazil in May 2015. The Centers for Disease Control and Prevention (CDC) believes the virus is particularly worrisome in pregnant women and causes an increased level of birth abnormalities, specifically Guillain-BarrÃ© syndrome and microcephaly—infants born with smaller-than-normal heads.

Cases of the Zika virus were also found in Asia, Africa and the Pacific Islands prior to the more recent epidemic in Latin America.

Currently, there is no vaccine for the Zika virus or any available treatment for women who have become infected while pregnant.

“One of the things I think amazes people is how long it takes to develop a vaccine,” said Dr. Poland.

Using an approach known as mass spectrometry to study Zika-infected human cells, the process will allow Dr. Poland and his team to identify and separate peptides—chains of amino acids—and then detect the components seen by a T-cell—the body’s foremost defensive cell. With this information, the Mayo researchers believe they can reverse engineer a vaccine.

According to a Mayo release, the researches were able to employ the same technique in building vaccines for measles and smallpox.

“For Zika, it will take us 6 to 12 months to isolate what we think will be the components of the vaccine,” Dr. Poland said, adding that animal testing will be the next step of the vaccine’s development. “Once you do all of that work and you line up a business partner, then you really start developing it. And that’s why it’s a 5- to 10-year time period. And 5 years is amazingly short—it’s usually closer to 10.”

If Dr. Poland and his team are successful, he believes the vaccine will be relatively easy and inexpensive to produce.

As the spread of Zika cases balloon north of Latin America and up to Minnesota—which Dr. Poland calls the chance of happening “as close to a certainty as you can get”—Mayo will look to a larger pharmaceutical manufacturer than Butantan to help treat Americans.

Despite being formerly retired, Dr. Poland said he couldn’t help but lend a hand and work with Mayo, his longtime employer, in creating the world’s first vaccine to tame the epidemic. “To me, when there is a public health emergency like this that effects so many of us, I can’t help but be involved in it,” he said.

Although separate from Mayo’s efforts, a clinical laboratory based in St. Paul has launched one of the world’s first diagnostic tests to detect the Zika virus. The test, developed by MD Biosciences, remains to be FDA approved, the Star Tribune reports. To date, a test created by the CDC remains as the sole Zika detection test that is FDA certified. However, the allure to MD Biosciences’ test is its ability to identify the Zika virus almost immediately after infection, whereas the CDC’s test can miss early signs of the virus.