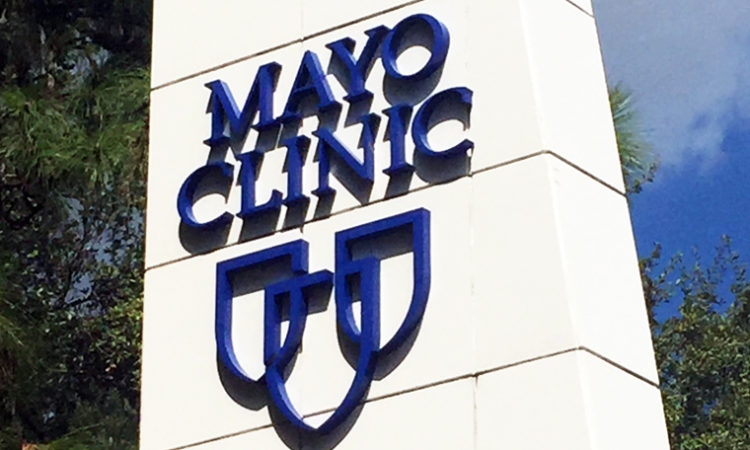 It will play a key role in the U.S. “All of Us” effort to advance individualized medicine.
By Don Jacobson
May 17, 2018

Among its impressive list of unique medical resources, the Mayo Clinic counts its “biobank” as of one its top assets: A collection of 50,000 blood samples and other health information donated by its patients since 2009.

With the coming of the era of individualized medicine, this trove of biomaterial is proving invaluable for researchers delving into the emerging science of tailoring treatments based on a patient’s genetic profile.

Mayo’s status as the keeper of this one-of-a-kind resource earned it a key role in the U.S. government’s push to advance individualized medicine when in 2016 it was tapped to serve as the official biobank for the Precision Medicine Initiative (PMI), a nationwide program aimed to enrolling at least 1 million participants to better understand how genetic differences contribute to disease.

The clinic was awarded $142 million in funding by the National Institutes of Health (NIH) to carry out this role, and during the past two years has been busy doubling the size of its 35,000-square-foot-biobank facility in Rochester for processing, storage and distribution to prepare for the PMI effort.

Then this month, it arrived: On May 6, NIH opened national enrollment for the PMI, which has since been renamed the “All of Us” research program.

And with the announcement, it became clear why Mayo needed to greatly expand the physical size of its biobank space: Each of the 1 million All of Us volunteers will contribute 35 samples, making for a total of 35 million biospecimens to be housed at the clinic’s biobank.

One of the things that make Mayo’s biobank unique is that unlike most others, it is not focused on any particular disease. Rather, it collects samples and health information from patients and other volunteers regardless of health history — this is what has made it uniquely useful in carrying out research for precision medicine.

Reflecting its importance for personalized medicine, the biobank — officially known as the Mayo Clinic Biorepositories Program — is organized as part of Mayo's Center for Individualized Medicine, which in recent years has become one of the Rochester institution’s most dynamic growth areas.

Its director, Dr. Keith Stewart, says the clinic is all-in on the effort to find genetic answers for disease.

“Our enthusiastic participation in All of Us reflects our belief that, by advancing precision medicine, we will ultimately contribute to improving the health of our nation,” he said in marking the program’s official kick-off.

One big advantage Mayo has is the expertise and experience of its for-profit subsidiary, Mayo Medical Laboratories, which will tap long-standing connections with major logistic providers “to ensure the shortest transit time possible for specimens,” according to clinic officials, who tout the company’s nationwide network of “more than 300 couriers.”

Also taking part in the All of Us biobank effort will be Mayo’s clinic in Jacksonville, Florida. That facility was expanded by 2,000 square feet to add the capability of storing up to 25 percent of the samples from the All of Us collection. Clinic officials say this has been done to provide a back-up site should Rochester be involved in “a localized natural disaster.”