Mayo Clinic Ventures partnered up with General Electric earlier this year to launch a new technology company aimed at speeding the commercialization of genomics-based personalized medical treatments. Now that startup, Vitruvian Networks Inc., has become part of a high-profile competition to bring the first blood cancer immunotherapy to market.

Kite is in a much-publicized race with competitors such as Juno Therapeutics (Nasdaq: JUNO), Novartis AG (NYSE: NVS) and Bluebird Bio (Nasdaq: BLUE) to commercialize the first blood cancer immunotherapy that utilizes the body’s own cancer-attacking T-cells to target aggressive lymphomas and leukemia.

With therapies such as Kite’s Axicabtagene Ciloleucel, a patient’s own T-cells are genetically engineered to express a chimeric antigen receptor (CAR) targeting CD19—a protein expressed on the cell surface of B-cell lymphomas and leukemia—and then transplanted back into the body, where the “supercharged” T-cells are redirected to kill the cancer cells.

The firm made news this month when it revealed the results of a large-scale, second-phase study of the investigatory drug, carried out at 22 institutions across the country. Company officials said the study, called ZUMA-1, reinforced evidence from previous trials finding “sustained lymphoma remission” after administering the “CAR-T” therapy.

As reported by the American Society of Hematology on December 6, Kite revealed results from an interim analysis of 51 patients with diffuse large B-cell lymphoma, a common and aggressive form of non-Hodgkin lymphoma. Following treatment with the drug, these patients had an overall response rate of 76 percent (47 percent complete remission and 29 percent partial remission) with most responses noted within the first month.

As in previous studies, some patients' cancers rebounded after the first few months — by the end of month three, the overall remission rate was 39 percent (33 percent complete remission and six percent partial remission).

Those results have arguably established Kite as the favorite to bring a blood cancer immunotherapy to market. Two days prior to publishing the results, the company initiated a “rolling submission” with the FDA allowing for the use of its drug for patients with relapsed/refractory aggressive B-cell non-Hodgkin lymphoma.

That’s where Vitruvian Networks and its services come in.

As explained by GE Ventures, Vitruvian’s cloud-based technology platform is meant to streamline and coordinate the time-consuming processes of administering individualized medical therapies such as Kite’s, which now exist as very localized procedures that take place entirely in single hospitals.

Instead, the vision behind Vitruvian is to tap a cloud-based digital platform engineered by GE and informed by Mayo’s expertise on genetic biomarkers to “orchestrate” the complicated and inefficient behind-the-scenes maneuvering that now must happen in the application of such cell therapies—everything from logistics and manufacturing to ordering, scheduling and quality control.

Those inefficiencies are a major stumbling block for any company hoping to ramp up a cell-based therapy to the commercial scale necessary to make a serious impact on patient care as well as in the marketplace. Kite Executive Vice President of Technical Operations Tim Moore said its collaboration with Vitruvian will allow that to happen.

Its new customized platform, he said in an issued statement, “will directly shape the overall experience of patients, physicians, and treatment centers as engineered T-cell therapies potentially become available commercially. We are committed to advanced solutions that improve speed and customer satisfaction, streamline logistics and ensure excellence for chain of identity and custody which is essential for safety and quality.”

And for San Francisco-based Vitruvian, signing up its first announced cell therapy producer is a major milestone, and likely will be seen as a market validation of its tech solution as others seek to move such personalized medicine efforts from the lab and into the commercial mainstream. 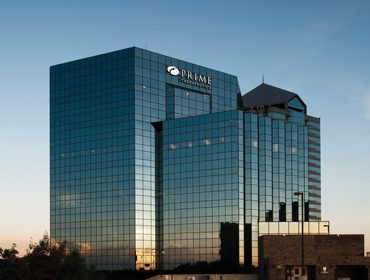