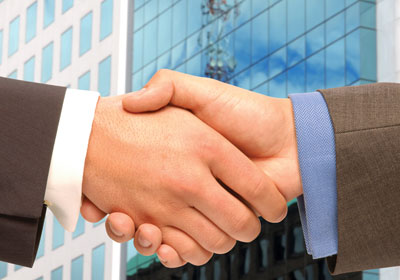 MakeMusic to Be Acquired By Investor for $17M

MakeMusic struck a deal to be acquired by venture capital firm LaunchEquity Partners, which has been pursuing a buyout since last summer and already owns nearly a third of the company.
March 23, 2013

MakeMusic, Inc., one of Minnesota’s 100 largest public companies, said Wednesday that it will be acquired by its largest investor in a deal that values the company at $23.8 million.

MakeMusic, an Eden Prairie-based maker of music technology and software, said it has entered a definitive merger agreement through which Scottsdale, Arizona-based LaunchEquity Partners, LLC, will purchase all of MakeMusic’s outstanding shares for $4.85 per share in cash, which represents a 31 percent premium over Tuesday’s closing price. LaunchEquity Partners, a venture capital firm that first invested in MakeMusic in 2006, currently owns about 28 percent of the company’s outstanding shares, so the price to acquire the remaining stock will be roughly $17.2 million.

Shares of MakeMusic’s stock were trading up 30 percent at $4.81 during Wednesday morning trading.

The deal concludes an ongoing attempt by LaunchEquity Partners to buy out MakeMusic. The firm made a $13.5 million bid for the company’s assets last July, in a deal that it said at the time would provide shareholders with approximately $4.30 per share. In a July 2012 letter to MakeMusic’s board, LaunchEquity said the company needed “significant intervention” due to a history of significant CEO turnover, an anticipated increase in development costs, and declining 2012 revenue, among other things.

MakeMusic Chairman Robert Morrison told Twin Cities Business in a Wednesday phone interview that the initial offer spurred the company to explore its options and gauge interest from other possible suitors. It eventually reached the agreement announced Wednesday, which he said offers the best value for shareholders and best ensures future success for the business, as well as stability for its 130 employees, the vast majority of whom work in Eden Prairie.

The merger agreement, because it is a direct tender offer, offers clearer and more direct value to shareholders than the original bid, which was an offer to purchase the company’s assets, Morrison said.

The acquisition will be completed through a tender offer, and MakeMusic, whose board unanimously approved the deal, said tender offer materials will be provided to the company’s shareholders around the end of this month.

The transaction is expected to close during second quarter of this year and is subject to closing conditions. For example, the tender offer must result in LaunchEquity Partners and its affiliates owning a majority of MakeMusic’s shares.

The Star Tribune pointed out that it is somewhat unusual for a venture capital firm to wage a takeover battle for an already publicly-traded company. Typically, such a firm would invest in an early stage start-up and then cash out its equity though an acquisition or an initial public offering.

MakeMusic has struggled in recent years. The company on Wednesday reported a loss of $1.3 million, or $0.26 per share, for the quarter that ended December 31. That’s compared to net earnings of $694,000, or $0.14 per share, during the same period a year ago. Revenue, meanwhile, slid 20 percent to $4.7 million.