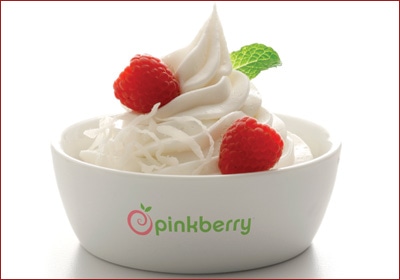 Pinkberry is the latest in a series of frozen yogurt shops to spring up in the Twin Cities—although, with more than 175 locations in 17 countries, it’s among the largest to establish a presence here.
November 30, 2012

The frozen yogurt trend is gaining even more momentum with yet another yogurt shop opening in the Twin Cities metro area.

Pinkberry, a Los Angeles-based yogurt chain, is opening its first Minnesota location at the Mall of America.

The store—located on level one inside of Macy’s—officially opens Tuesday, although a grand opening event took place Monday evening.

Pinkberry has more than 175 stores in 17 countries, making it among the largest frozen yogurt chains to establish a presence here. The majority of its stores are in California, but it has locations in 25 states, including Minnesota, and in the District of Columbia.

Pinkberry stores feature one principal flavor, “original,” and rotate seasonal offerings several times each year. Customers can choose from 30-plus toppings, many of which are all natural or organic.

Several other frozen yogurt stores, fueled by health-conscious consumers, have also sprung up in the metro area in recent months.

In early October, another yogurt bar—Cool Cups Yogurt—opened at 120 South Sixth Street in downtown Minneapolis, and it’s accessible by skyway.

Other frozen yogurt options in the Twin Cities: Cafe Kem on Eat Street, Chilly Billy's in Dinkytown, Red Mango and Freeziac in the suburbs, and Leeann Chin, which offers Red Cherry-branded frozen yogurt at various locations across the metro area.