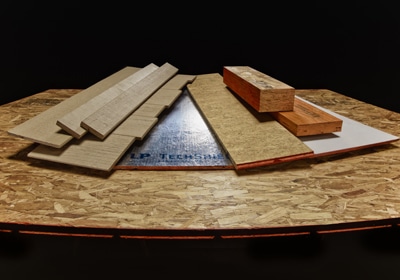 State lawmakers finally revealed the identity of the home siding company after securing a deal to have a $440 million plant constructed in Hoyt Lakes.
June 24, 2016

The months-long mystery behind which home siding company would be receiving a $66 million subsidy package from the state has finally been made public.

Louisiana-Pacific will construct a $440 million plant in Hoyt Lakes. This is the Nashville-based company’s second operation in the state (the other being in Two Harbors).

The Hoyt Lakes site will employ 250 people, amounting to roughly $264,000 in state funding per job created. The Duluth News Tribune notes that many of those employees will be loggers and felled tree transporters, a group of workers that has struggled to find employment following years of board plant closures and layoffs at paper mills in the area.

The new plant will also source its wood products from Minnesota. LP is currently estimating its take to be 800,000 cords per year (one cord equals 128 cubic feet of wood) or about 200 logging trucks each day.

Minnesota lawmakers began developing the public financing package for LP earlier in the year. Senator David Tomassoni, DFL-Chisholm, previously said at least Michigan and Canada were vying for the LP plant as well.

Funding for the project comes from a number of sources. The Minnesota Department of Employment and Economic Development will be kicking in $20 million from its 21st Century Minerals fund, while the Iron Range Resources and Rehabilitation Board will be contributing $16 million from its economic development trust fund. The final $30 million will come from state taxpayers in a 10-part, $3 million per year deal.

The incentive package was approved in the 2016 legislative session, during which state officials pointed out the deal’s similarities to how it handled incentives for ethanol companies in years past.

Even more recently, in 2013, Minnesota lawmakers took a non-disclosure approach to the tax breaks and grants they gave to pharmaceutical company Baxter Healthcare. Until the official announcement, the deal had been code named “Project Fern.”

Troubles in court
During the 1990s, LP was embroiled in legal battles with the most notable case being a class action suit brought on by Minnesota’s attorney general and a collection of homeowners. Lawsuits against LP consistently revolved around its oriented strand board siding product called Inner Seal. Inner Seal came with a 25-year warranty, however, many homeowners reported Inner Seal prematurely rotted, became discolored, disintegrated, and even grew fungi.

Over the course of the settlement period, LP paid out nearly $1 billion to satisfy claims.

LP eventually re-engineered Inner Seal and, since 1997, has marketed the product as LP SmartSide.