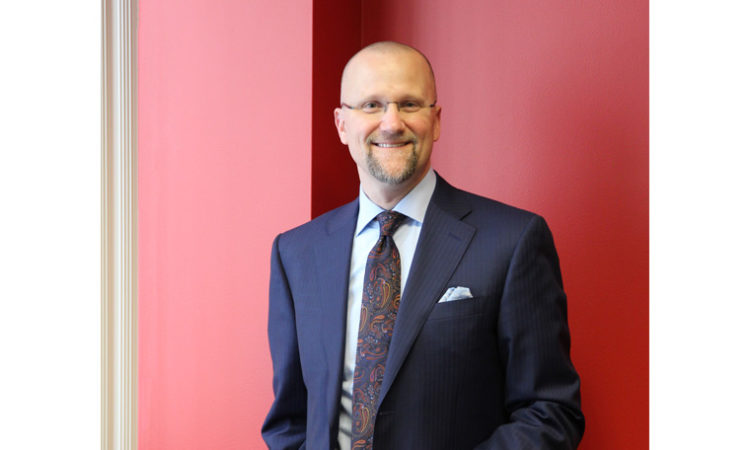 Zierdt has led Greater Mankato Growth since 2007, and headed its preceding organization, too. Credited with growing both GMG and Mankato itself, he’s stepping down to focus on health and personal interests.
By Amanda Ostuni
January 08, 2019

After 14 years leading the community development organization Greater Mankato Growth (GMG), Jonathan Zierdt is stepping down from his roles as president and CEO. Zierdt has spearheaded GMG since its inception in 2007, but decided to end his tenure for health reasons and to pursue personal interests.

“I, along with my wife Ginger, believe the time is right to focus on my health,” says Zierdt, “while also pursuing other interests, such as photography, the work of the Jonathan Zierdt Cancer Fund, and in particular, the growth of the Fund’s Caring Box program.”

He explained that the Caring Box program provides support, comfort and access to information and resources to cancer patients, their families and caregivers.

The cause is close to Zierdt, as he himself has been battling cancer since a diagnosis in 2013. He’s been in remission for kidney cancer since the fall of 2014, though he’s continually been in treatment for aggressive metastatic prostate cancer.

Despite his health struggles, he’s remained an active part of the community and of GMG. During his tenure, as Zierdt told TCB last April, GMG – which was borne out of the preceding entity Greater Mankato Development Corporation – changed its investment model and went from having 700 members to having more than 1,000 within five years.

Mankato itself has also undergone a transformation in recent years, for which GMG receives significant credit.

“Jonathan has worked tirelessly to set the vision and forge beneficial relationships for Greater Mankato,” said GMG board chair Ron Vetter. “As a result, Mankato is in the admired position of being one of the fastest-growing economies in the state.”

Prior to leading GMG, Zierdt served as executive director for the Greater Mankato Development Corporation. Over the course of his time with both entities, he developed a reputation as a revered leader.

For his part, Zierdt remains modest, and hopeful for the organization’s path forward after his departure.

“I have always said that I am merely a violin player in an orchestra of those committed to Greater Mankato’s vibrancy, livability and growth,” said Zierdt. “Due to the great work of the community, its leaders, and our dedicated professional staff, GMG is well-positioned for the future.”

The GMG board of directors will immediately begin a national search for Zierdt’s successor. In the meantime, GMG vice president Patrick Baker will run day-to-day operations.