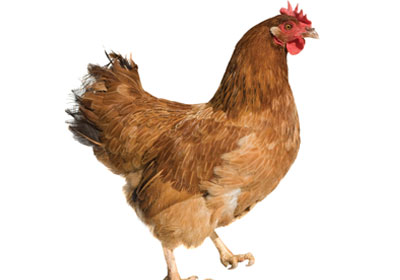 A tiny egg producer from Wrenshall wants a Super Bowl ad. Why?
January 01, 2014

While the multimillion-dollar price tag typically limits Super Bowl ads to a list of usual corporate suspects, a small farm on the outskirts of Duluth may net prime airtime during the big game, free of charge.

“LoLa” was founded in 2012 by Jason Amundsen and his wife, Lucie. It’s currently developing a farm and recently added 1,500 chickens—bringing total beakcount to 3,000—to meet demand at restaurants and retailers in Duluth and the Twin Cities. “We sell out everywhere,” says Amundsen, who declined to disclose revenue but expects 2014 sales to be 10 times higher than 2013.

But what good is national exposure to a small operation that eschews mass production and caters to locavores?

Winning a Super Bowl commercial could help LoLa expand, Amundsen says. The company is already buying product from select Midwest farms to resell under the LoLa brand, and airtime before 100 million viewers would expose it to myriad “contract production” prospects. Meanwhile, LoLa is eyeing opportunities to license its brand to other farms. LoLa’s brand would go national, but farmers would still produce eggs in their respective communities.

Amundsen sees an ad as a broader opportunity to give his industry the “shot in the arm and kick in the ass” it needs, by preaching the gospel of locally sourced food.

The winner was determined by an online vote through Dec. 1 (results to be announced). Intuit says the price for the airtime is “in the multimillions,” and the 30-second spot will air in the Super Bowl’s third quarter.

What if LoLa doesn’t win? “When a private jet lands at the Duluth airport, limousines and Escalades roll up to your farm in Wrenshall, and out tumble videographers and Bill Rancic, the winner of the first season of Donald Trump’s The Apprentice—you’ve already won,” says Amundsen. “The rest is gravy.”