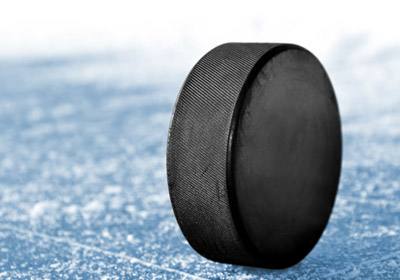 The lawsuit calls out the NHL’s condoning of fist-fighting and “extreme violence” and says the league failed to adequately inform players of the risks of brain injury.
August 10, 2014

A couple of Minneapolis-based law firms are the latest to file a lawsuit against the National Hockey League over concussion-related injuries—and they filed the suit on behalf of a Minnesota native who played for the Boston Bruins.

The league, meanwhile, said it plans to “defend the case vigorously.”

Zelle Hofmann Voelbel & Mason LLP, along with co-counsel Bassford Remele, filed a class-action suit against the NHL, and the complaint pertains to “the effects of brain injuries caused by concussive and sub-concussive impacts suffered by former NHL players.”

Jon Rohloff, who was born in Mankato and now lives in Cohasset, is serving as the plaintiff, but the suit also seeks class-action status in order to apply to all former NHL players and their families. Rohloff was a defenseman for the Boston Bruins between 1994 and 1997.

Rohloff “suffered multiple head traumas during his NHL career that were improperly diagnosed and treated by the NHL,” according to the complaint, which was filed in federal court in Minnesota and runs nearly 70 pages.

Similar cases have previously been filed, although one was criticized for containing factual inaccuracies.

“Our response to these later-filed cases is no different from the position we have stated repeatedly with respect to the cases already filed,” NHL Deputy Commissioner Bill Daly told Twin Cities Business in an emailed statement. “There is nothing new here. We intend to defend the case vigorously.”

After an earlier suit was filed against the league, Deputy Commissioner Bill Daly reportedly said that the NHL is “completely satisfied with our record on player safety, including as it relates to head injuries and brain trauma.”

In their lawsuit,the local law firms said that NHL players sustain “hundreds of hits to the head” each season, which can compound to result in “impaired brain function or deadly brain disease.” Its lawsuit accuses the NHL of failing to “adequately inform or protect its players” from repetitive mild traumatic brain injuries resulting from blows to the head. It claims that evidence has for years linked concussions to brain injury, but the NHL “deliberately ignored the information,” concealing scientific evidence of the dangers of concussions and, until recent seasons, did not pass rules designed to reduce the risk of brain injury.

The suit alleges that, instead of informing players of risk, the NHL “promotes, regulates, and profits” from violent conduct such as fighting. It also called out the league's “enforcer” culture, in which certain players' sole role is to fight or “otherwise physically intimidate other players on the ice.”

“Through its promotion of fighting and extreme violence for decades, the NHL has advocated a position that hockey-related concussions were not, and are not, serious injuries and should not prevent players from returning to play,” the lawsuit alleges.