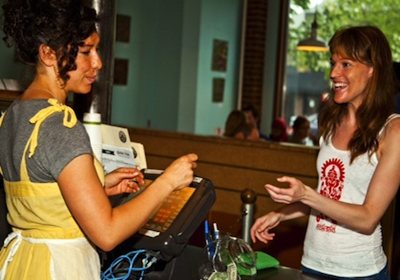 Twenty-five local, independent businesses are teaming up together to offer discounts and other incentives in July.
June 29, 2013

In an effort to drive traffic to local, independent businesses, St. Paul-based nonprofit Metro Independent Business Alliance (MetroIBA) has partnered with 25 local retailers, restaurants, and service providers in the Twin Cities for an incentives-based promotion during July.

Throughout the month, the “Celebrate Your Independents” campaign will offer chances to win $1,250 worth of gift cards as well as deals that include free and discounted merchandise, food, and beverages to customers who patronize participating retailers and restaurants. Shoppers can visit buylocaltwincities.com to view the participating businesses’ offers and to enter contests.

The promotion comes after the larger American Independent Business Alliance selected the Twin Cities as the location of its 2014 annual conference.

According to research done by the Institute for Local Self Reliance—a non-profit organization with offices in Minneapolis and Washington, D.C. that analyzes local economic growth—on average, each dollar spent at locally-owned, independent businesses generates at least three times more direct local economic benefit than non-local chains.

Earlier this month, credit card research website Cardhub ranked Minneapolis as one of the best cities in which to work for a small business based on job growth, industry variety, average wages, and other factors. In April, Thumbtack.com awarded Minnesota an A- and the Minneapolis-St. Paul metro area a “B+” for small-business friendliness.