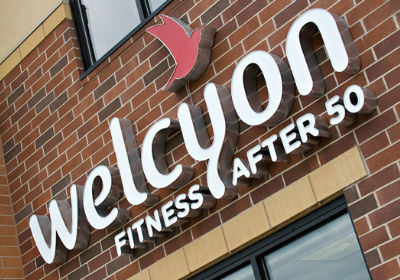 Welcyon, Fitness After 50 is a small health club chain based in Edina, but by the end of this year, it might not be so small.

Welcyon, which operates fitness centers geared toward people over 50, plans to open 20 franchised locations by the end of this year, the company announced Tuesday. Welcyon was launched in 2009 and currently has two company-owned gyms in Edina and Bloomington and one franchised location in Sioux Falls, South Dakota. A fourth location, which will be franchised, will open by the end of April in Fargo, North Dakota.

Suzy Boerboom, who cofounded Welcyon with her husband, Tom, told Twin Cities Business that the company is looking to open locations in the Upper Midwest, and in Florida and Arizona—two states where a lot of retirees settle or at least spend half of the year. She pointed out that the 50-plus demographic includes the Baby Boomers, a “huge but underserved market” as there aren’t many fitness chains that cater to that age group. (Garden Grove, California-based Nifty After Fifty is another fitness chain geared toward those over 50, but most of its locations are in California and Texas.)

“Baby Boomers aren’t going to age like the generations before them,” Boerboom said in a statement. “They don’t want that usual decline where you’re going to fade off into the sunset. They want to live until they die.”

Boerboom declined to reveal the number of members each Welcyon club has currently, but said that they all have a “high” retention rate. Monthly membership costs vary by location, but are typically in the $49 to $59 range, and clubs are open Monday through Saturday from 7 a.m. to 8 p.m.

Welcyon claims its clubs allow older adults to exercise safely and in a quieter, more friendly, and more welcoming environment than regular gyms. Its clubs are lined with air-powered weight machines, which use air resistance instead of stacks of weight and are thus safer and easier to use than traditional machines. Fitness coaches create customized workouts for members at no extra cost. In addition, members are given key cards that contain information about their exercise routines. Settings such as resistance and number of repetitions are then automatically adjusted once these cards are inserted into machines.

“People have a paradigm already of what a gym looks like,” Boerboom said. “To them, it’s a big, loud place full of people in tight leotards and muscles bulging from every aspect of their tank shirts. Welcyon is way outside the paradigm.”

Boerboom said that in order to find potential franchisees, the company has partnered with franchise brokers, who match franchisees with companies. Startup costs for Welcyon franchises range from $240,000 to $270,000, the company said.

Welcyon started out with two employees and has now grown its work force to seven corporate employees, not including employees at its three gyms.