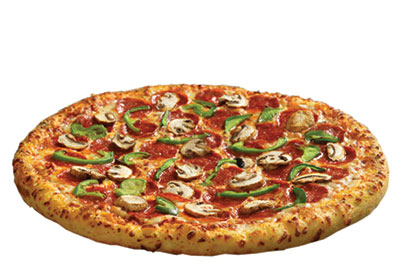 A Twin Cities Domino’s franchisee ascends to the top of the pepperoni pile.
October 01, 2013

It might not bear the prestige of an Oscar or Emmy, but in the restaurant-franchise world, the Gold Franny exudes something of the same mystique. That’s why it was no small deal when Dave Miller, co-owner of Domino’s Pizza outlets in Apple Valley, Burnsville, Long Lake, Prior Lake, and Rockford won what a Domino’s press release termed “the esteemed International Franchise Association Gold Franny Award” in June.

According to Domino’s, garnering a Gold Franny requires a franchisee to post high marks in operations, community involvement, store safety and security, and team member morale.

“Our stores were at or above the top few percent of stores at a sales and operational level,” says Miller, who has been a franchisee for 12 years following another dozen years working for Domino’s corporate. Operational performance, Miller says, focuses particularly on delivery efficiency. Though Domino’s no longer guarantees deliveries of “30 minutes or less,” that time is still a benchmark.

In addition to his own stores’ performance, Miller credits Domino’s for taking “an aggressive approach to improving our brand during a difficult time in our economy.” In 2010, the company “went on TV and said, ‘We suck and we needed to change.’”

Miller’s was officially recognized by Domino’s in the world capital of great pizza—London, England—in July.