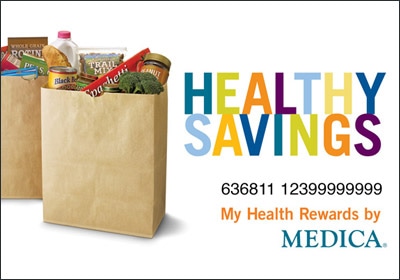 Medica will use payment technology designed by a local tech company to provide its members discounts on healthy food from a variety of local grocery stores.
April 07, 2013

The platform was designed to service health insurers’ wellness programs, and Solutran’s first insurer partner is Medica, which is funding a rollout of the discount program to its members in the Midwest.

Beginning in June, Medica’s members will receive discount cards by mail. Cardholders can visit a website that shows a series of discounts on healthy foods and stores where the discounts can be redeemed; each promotion will run two weeks, and new discounts will be added weekly. The website will also provide information about healthy eating, allow users to build shopping lists and obtain recipes, and display how much money the consumer has saved using the program.

Card users present their card at checkout, and discounts are applied on the spot.

After the initial Midwest rollout, Solutran plans to expand the program nationwide in 2014, selling the program to other health insurers throughout the United States, Chief Marketing Officer Chad Kelly told Twin Cities Business.

Solutran is currently promoting the program as a free marketing tool for food manufacturers and consumer packaged goods (CPG) companies. Food companies that want to boost sales of their healthy food products are being solicited to apply to have their products featured in the program, and selected companies pay no fees for inclusion. They will, however, reimburse retailers for the discounts given to customers. Solutran coordinates these back-end payments; settling such redemption payments is a key part of Solutran’s business, as is check processing for large retailers, according to Kelly.

The new discount program will also benefit participating retailers; their only requirement is implementing a point-of-sale technology to read the coupon cards, and they receive free exposure for their inclusion, Kelly said.

“It’s a nice setup for grocery retailers because, in essence, Medica is asking its members to utilize these cards and purchase healthy foods—and to do it at these retailers,” Kelly said, adding that participating grocery stores are also given the opportunity to promote their store brands through the discount program.

So far, more than 50 consumer packaged goods companies have committed to the program, including local companies such as Faribault Foods and Eagan-based tortilla maker Catallia Mexican Foods, according to Solutran. National brands featured in the discount program range from Del Monte Foods to Jolly Time popcorn.

“Until now, there hasn’t been a way to drive healthy eating behavior that has been profitable to all parties,” Robert Jeffery, director of the University of Minnesota’s Obesity Prevention and a consultant on the discount program, said in a statement. “Using this new technology, Solutran has finally provided the sustainable model we have been seeking.”