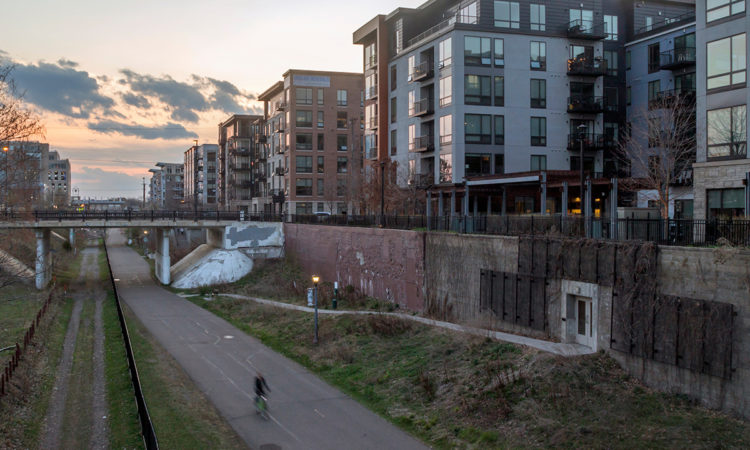 Apartments along the Midtown Greenway in Minneapolis Shutterstock

“Areas of concern” showing in other metro areas for multifamily.
By Burl Gilyard
April 21, 2021

Apartments along the Midtown Greenway in Minneapolis Shutterstock

The apartment building boom has been running uninterrupted for several years across the U.S. Now Trepp says that it is seeing signs that the market is “fraying” in some cities.

Trepp notes that the overall apartment market remains solid compared to retail and hospitality properties, which have been particularly pummeled by the pandemic.

Trepp analyzed data for loans backing more than 22,000 multifamily properties. Out of that pool, Trepp found that 4.8 percent of those apartment properties had occupancy rates below 80 percent for 2020.

The good news is that Trepp’s data dig found that Minneapolis and St. Paul were both among 23 cities where zero percent of apartments had vacancies over 20 percent. The Twin Cities ranked among the larger metros with zero percent seeing occupancy levels below 80 percent. Phoenix made the list, as did Orlando, Florida, and Omaha, Nebraska.

Many larger metros in the U.S. are in worse shape. The five markets with the highest percentage of loans backed by multifamily properties with occupancy under 80 percent are:

Those statistics are likely to give developers everywhere pause about the health of the apartment property market. In broad terms, apartment construction has been slowing and vacancy rates are starting to creep up.

Some observers have wondered for years how long developers can keep building new apartment projects. Commercial real estate is forever cyclical. Typically, sectors get overbuilt, development grinds to a halt and doesn’t restart until demand returns.