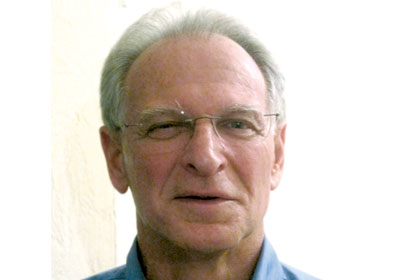 LiquidCool Solutions Is Heating Up

The financing efforts of Rochester firm LiquidCool are helping it gain the attention of data centers.
January 01, 2014

Rochester is world-renowned in the medical world for the Mayo Clinic. But one young company could put Rochester on the map for its cutting-edge technology.

LiquidCool Solutions Inc., based in Rochester, has developed technology to efficiently cool electronic equipment, such as data center computers. As its name suggests, the company’s technology cools electronics through submersion in a dielectric fluid.

So far the company has raised about $18.5 million since it was founded in 2006. LiquidCool investors to date include Milwaukee-based Capital Midwest Fund, a private equity group, and Fargo-based Arthur Ventures. Interestingly, the company’s home state has not been a big backer of LiquidCool.

The company was founded as Hardcore Computer Inc., when it focused on the gaming industry, but changed its name to LiquidCool in July 2012 to reflect its change in direction.

A filing with the U.S. Securities and Exchange Commission at the end of October noted the company’s latest round of financing: $3.58 million in convertible notes. The money was raised from individual investors who have the option of converting their investment from debt into equity in LiquidCool.

The latest round of financing allows the company to continue refining its technology. The company currently has 15 employees.

Zien sees a big market for LiquidCool. “This is a huge industry. Data centers are energy hogs. We can cut down the energy demand by 40 percent. We can cool any electronics, and it isn’t just servers and switches,” Zien says. “This is a big platform.”

LiquidCool has 16 patents for its technology and another 24 patents pending. In early 2012, the company made a strategic decision to change its business model from trying to manufacture and sell its product to trying to license its technology.

Zien notes that LiquidCool is neither a hardware company nor a software company. “We’re basically a technology applications company,” Zien says.

Zien was previously the co-founder and president of Thermal Source, which was bought out by Thermal North America; it owned energy systems in 11 U.S. cities. He first became connected with LiquidCool in 2008 as an investor; he later joined the board. He became CEO in January 2013. Zien lives in Milwaukee, but, he says, “my job is mostly traveling anyway.”