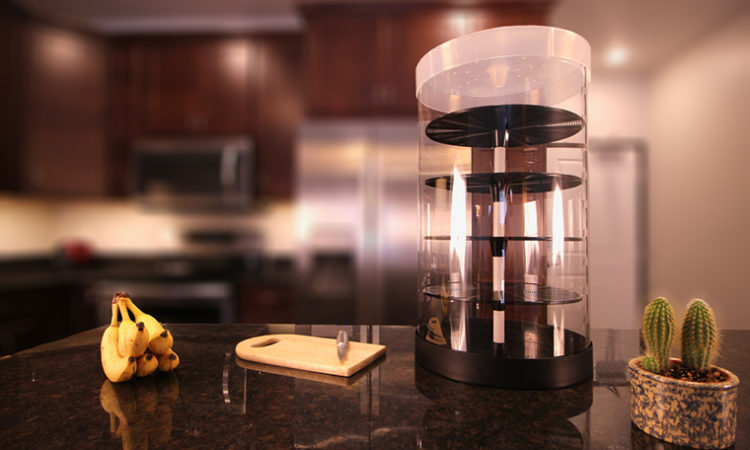 After shipping its ‘Orenda’ line of food dehydrators to dozens of countries around the world, the company has tweaked the product for use in the United States.
By Dan Niepow
July 30, 2019

Ames, Iowa-based KinoSol has released a solar-powered food dehydrator for use in the United States, the company announced last week.

The company, which is based in Ames but registered as a Minnesota corporation, has already been sending its dehydrators to dozens of countries around the world. KinoSol’s leaders say they’ve now tweaked the product to “meet the needs of U.S. customers.”

The solar dehydrators are designed to preserve foods that might otherwise be wasted, such as fruit.

“We’re excited to now have a product that tackles food waste internationally and in our own backyard here in the U.S.,” said KinoSol co-founder and CEO Mikayla Sullivan in a news release. “We’ve been working on our domestic dehydrator for the past few years and are looking forward to helping curb consumer food waste.”

To date, KinoSol has sent more than 550 dehydrators to 42 countries – most of which were distributed in Uganda and Tanzania. The company has been distributing its “Orenda” line of dehydrators to help preserve food in those countries. A year ago, KinoSol pledged to send 1,000 dehydrators to Africa, Silicon Prairie News reported.

The company chose to register in Minnesota because the state has the option of incorporating as a specific benefit corporation, says Rebecca Lyons, the company’s operations manager.

“This means that we are a for-profit company that is legally bound to doing good with our profits,” she says.

In 2017, KinoSol won $25,000 at the Minnesota Cup competition. The company earned the award for being the top women-led business. Three of the companies four cofounders are women: Sullivan, Elise Kendall, and Ella Gehrke. (Clayton Mooney is the other cofounder.)