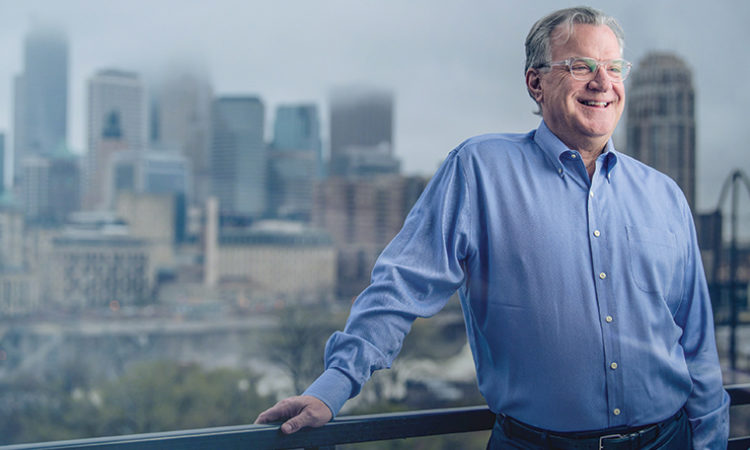 Veteran developer sells remaining interest in Doran Cos.
By Burl Gilyard
May 03, 2021

There’s a brand new commercial real estate development company in town, but it’s a little bigger than your average startup. The company already has more than 160 employees and a portfolio of properties worth more than $1 billion.

The senior Doran has now sold his remaining ownership stake in his previous operation, Doran Cos. The new Doran Properties Group and the existing Doran Cos. are located on different floors of the same office building but are completely separate entities.

“It’s not so much new. It’s kind of a rebranding of an existing company,” Kelly Doran told Twin Cities Business on Monday afternoon. “We’re going to continue to pursue development and do our own construction.”

Doran Properties Group will do both property management and construction, but only for projects in Doran’s personal portfolio or projects that the firm is developing.

Doran had largely been a retail developer before founding Doran Cos. in 2007. Since then, he has become one of the busiest multifamily developers in the Twin Cities. Doran’s current portfolio includes more than 3,000 apartments.

In 2019, Doran sold off about 75 percent of his interest in Doran Cos. to colleagues Anne Behrendt and Ryan Johnson.

“I want them to be successful,” said Doran.

Doran Cos. retains its architecture and design team.

When Doran sold a majority interest in his company two years ago, some saw it as a sign that he might be looking to exit the commercial real estate business. His latest move makes it clear that Doran is not on the road to retirement.

“I never have been,” said Doran. “That was people’s impression. I can’t help what people think.”