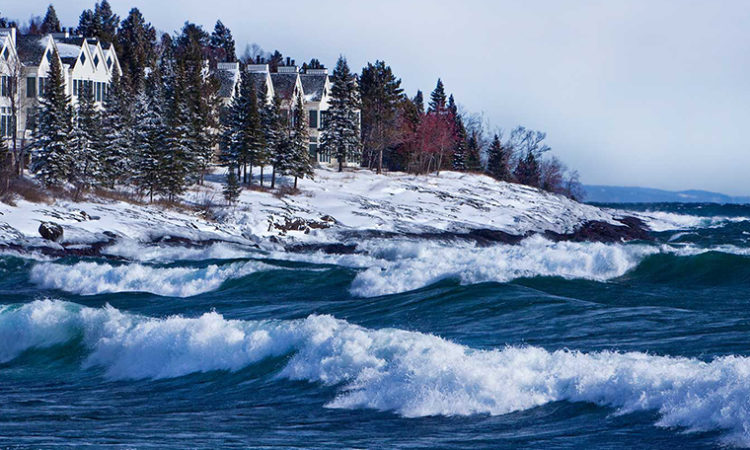 Bluefin Bay's owners have received "hundreds of inquires" since the property was put on the market a few months back. (Photo from bluefinbay.com)

‘Just Time to Let It Go: ‘A Sea Change in the North Shore’

A number of prominent North Shore resorts are changing hands. Why now?
By Dan Niepow
May 30, 2019

For North Shore resort owners, the timing is right to sell, apparently.

Odyssey Resorts on Tuesday announced the sale of its entire six-resort portfolio. Another lodge—Superior Shores Resort and Conference Center in Two Harbors—is slated to change hands in the coming weeks.

Listed at $17.5 million, the latter property is now under contract to be sold in the next two weeks, says Frank Jermusek, president of SVN | Northco. Jermusek also brokered the sale of the Odyssey properties.

Joe Re, who owns Superior Shores with business partner Dale Jensen, tells TCB the forthcoming sale of his property comes amid a potentially record-breaking year.

“We were probably headed for the best year we’ve had,” Re says. “Everything seems to be just falling into line.”

Advanced deposits for stays at Superior Shores are “way up,” he notes.

Still, Re and other resort owners are ready to hang up their hats and make way for a new generation of leaders. To be sure, there’s been no shortage of interest: Bluefin Bay, another North Shore resort, has garnered “hundreds of inquiries” since it was put on the market a few months back.

It’s simply been a matter of “trying to pick the right partner,” Jermusek says.

“Bluefin’s a trophy asset on the North Shore, and the owner Dennis Rysdahl has owned it for many, many years, so he’s looking for the right group to come in and carry on his legacy going forward,” Jermusek says. “It’s not just picking any buyer. It’s picking somebody he’s comfortable with that wants to continue operating Bluefin the way it should be operated.”

For Odyssey Resort owner Bob Ryan, the right partners came along in the form of a Minneapolis-based private investment firm and a hospitality group.

“It was just a way for another group that was very like-minded to come in and take over the entire operation,” says Jermusek. “Really, Odyssey’s not going anywhere.”

The Odyssey properties aren’t the first to get sold. Last year, Lutsen Resort changed hands, and before that, it was the 100-year-old Gunflint Lodge.

“Some of it’s generational,” Jermusek says. “These people and these families … are looking to find good partners to come in and continue on with their operations. And the hospitality market on the North Shore is just really, really strong.”