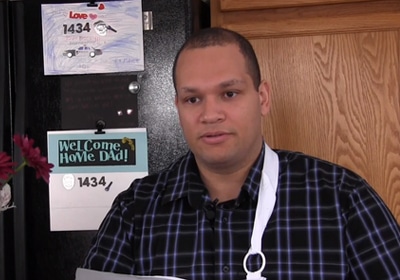 The Minneapolis police officer was embroiled in a fraud scandal at a nonprofit that his father led.
February 03, 2017

Jordan Davis, the son of former Community Action of Minneapolis CEO Bill Davis, was sentenced to 24 months in prison on Tuesday.

Both Jordan and his father were found guilty in June of stealing money from the now-defunct nonprofit, which helped provide heating assistance during the winter and career guidance for low-income residents in Minneapolis.

During a state audit, it was determined that more than $800,000 had been misspent by the CAM administration. Money used for personal travel, spa trips, a cruise and a personal car loan for Bill Davis were among the tally of misappropriated funds. Half of the organization’s funding came from tax dollars.

Included in the illegal spending were paychecks issued to Jordan Davis for managing a Ben & Jerry’s ice cream shop where he was no longer employed. More than $140,000 had been paid to Jordan over a four-and-a-half year period, at which time he was actually employed as a Minneapolis police officer.

Jordan was also found guilty of using a CAM-owned vehicle and making personal purchases with a debit card associated with the Ben & Jerry’s store.

Jordan faced a maximum sentence of 20 years—the same as his father. Prosecutors recently asked for Bill Davis to receive a 71-month prison sentence. That sentencing is expected to take place later this month.