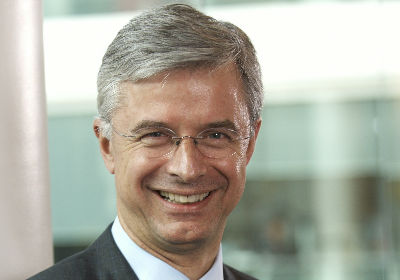 Joly, Board Directors Could Reap Profit in Schulze Buyout

As major shareholders, CEO Hubert Joly and other board directors could profit substantially from a Best Buy takeover.
January 24, 2013

If Richard Schulze is successful in taking private the electronics retailer that he founded in 1966, at least one group of shareholders stands to net a major profit—Best Buy’s chief executive and its board of directors.

The Star Tribune, citing documents filed with the U.S. Securities and Exchange Commission, recently reported that CEO Hubert Joly holds about 433,000 shares of Best Buy stock. If Schulze and his team of private equity and debt investors were to acquire Best Buy for $18 a share—less than the $24 to $26 a share he indicated he was initially considering but a price that some analysts are reportedly calling reasonable—Joly’s stake could land him nearly $8 million.

Ten current and former directors who receive annual cash and stock awards for their company service stand to earn less than Joly but could still net substantial sums. Chairman Hatim Tyabji, who controls about 82,000 shares, would receive roughly $1.5 million in the $18-per-share scenario, according to the Star Tribune. Meanwhile, former interim CEO G. “Mike” Mikan, who recently left the board, would be paid $3.1 million for his 174,000 shares.

Whether Schulze will put forth a formal offer, or whether the board would accept such a bid, remains to be seen. Schulze reached an agreement with the board in August, which granted him access to Best Buy’s non-public financial information in order to put together a formal buyout offer. The deal initially gave Schulze until mid-December to make a bid, but last month, the deadline was pushed back to February.

Best Buy’s stock price climbed more than 16 percent Friday after the company announced that its same-store sales during the holiday season were essentially flat—likely a reassurance for investors after the company reported several quarters of declines.

To learn more about how Best Buy’s leaders might benefit from a Schulze takeover and how the company’s board seems to have softened its stance on the founder’s potential buyout, read the full Star Tribune story here.